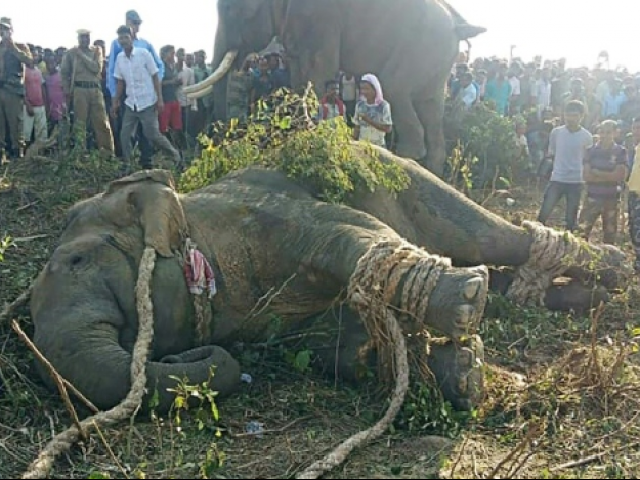 GUWAHATI: An elephant that killed five Indian villagers, earning it the moniker of the late al Qaeda leader Osama bin Laden, has been renamed after the Hindu god Krishna and will be trained to patrol parks, officials said Tuesday.

The male elephant, dubbed “Laden” by frightened villagers in the northeastern state of Assam, was tracked for days by forestry officials and tranquilised on Monday after its deadly rampage through Goalpara district in late October.

Officials planned to release “Laden” back into the wild but now hope to teach it to patrol wildlife parks and sanctuaries in the state.

“The elephant is doing fine. If possible we would try to turn it into a captive elephant by training it,” Assam’s Forest Minister Parimal Shuklabaidya said.

An official said that because the elephant was caught on Monday, an auspicious day when Krishna performed a “dance of divine love”, he should be named after the deity.

“Since it is tranquilised and is likely to be captive, it deserves a better name for everyone to know it,” the official added.

The pachyderm is set to be kept at the state zoo in Guwahati as it recovers from being tranquilised, before being shifted to a national park “for training” with two other captive elephants.

“However, if we fail in taming it and training it, we would have to release it in a safe zone where it cannot harm civilians,” Shuklabaidya said.

Some elephants there have been poisoned or shot by locals, while others have died on electric fences or on railways cutting through migration routes.