Correlation between governance and disaster management

Correlation between governance and disaster management

The effici­ency of both govern­ment and disast­er manage­ment author­ities are tested in the event of a disast­er
By Syed Akhtar Ali Shah
Published: November 13, 2019
Tweet Email 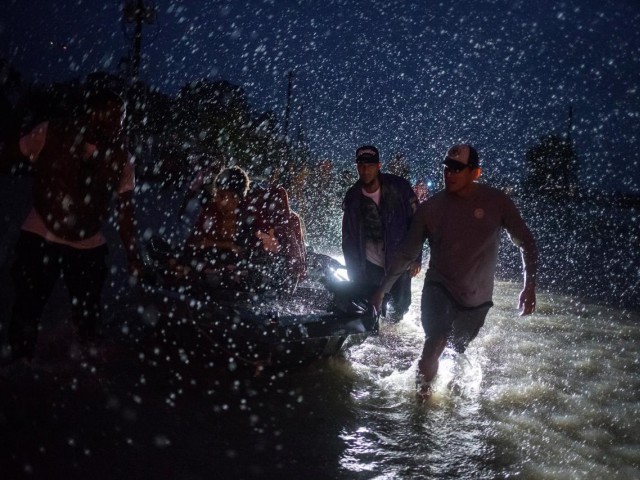 Governance is an issue of utmost importance in both the corporate world and public-sector management all over the globe and thus has a correlation with disaster management. Efficiency, effectiveness, transparency, accountability and the rule of law are some of the essentials of governance that aim to improve the quality of life of citizens within a timeframe. As a corollary to this, “good governance” is said to be linked to smooth and sustainable development in a developing country. Similarly, key components of disaster management are efficiency and effectiveness; risk management; and community mobilisation in a robust manner within a legal framework.

The major aim of disaster management is to prevent a disaster and to best mitigate the sufferings of the people in case a disaster happens. Discharging such functions to the satisfaction of all stakeholders depends on the level of preparedness, use of equipment, coordination with various tiers of government and implementation of relevant laws. The efficiency of both government and disaster management authorities are tested in the event of a disaster.

The floods of 2010 in the areas of Mardan, Charsadda, Swabi and Nowshera provided a chance to study the correlation between governance and flood management (disaster management). The floods in those areas were considered extremely devastating causing heavy damages to standing crops, life, livestock, and infrastructure.

The main laws governing disasters such as floods are the NDMA Act, 2010; and NDMA/PDMA Amendment Act, 2012. Under the acts, every province is required to prepare a province management plan in consultation with the federal government and a disaster management plan, alongside constituting various management units. Besides this, a plethora of laws including the Khyber Pakhtunkhwa (Amendment Act); Local Government Act, 2019; the Khyber Pakhtunkhwa Irrigation and Drainage Authority Act, 1997; the Khyber Pakhtunkhwa (Amendment) Local Government Act, 2019, the Khyber Pakhtunkhwa Environment Protection Act, 2014, and other engineering laws supplement disaster management. With this aspect in mind, a flood management cell operates in the Office of Chief Engineer Irrigation Department which records the flow and discharge of rivers, and passes on the information to the NDMA and the PDMA on a daily basis. The Pakistan Meteorological Department (PMD) provides predictions of heavy, medium and low rainfalls every 24 hours and a weekly forecast. The irrigation department monitors the gauges and informs the Flood Cell Department, the NDMA and the PDMA about the rise in flow.

The PDMA claims to have established the Provincial Emergency Operation Centre but the online Telemetry/ Early Warning System is not in place. The PDMA has yet to establish Venerable Remote Station Units where hydro-metrological data can be measured via online sensors that are connected to the centralised data centre. However, there has been little investment in water storage. The situation is worsening due to silting in the existing dams. Warsak and Tarbela have lost their capacity whereas the capacity of Tarbela has been reduced from 9.68 MAF to 6.77 MAF. Unfortunately, the PDMA claims that the river systems are not fully covered by the flood monitoring mechanism as yet, and therefore it is not possible to detect the water flows on a timely basis, except near Tarbela, leaving little time for preparations. A joint reconnaissance report on flood protection works across K-P — conducted by Headquarter 11 Corps and the Irrigation Department — shows that out of the 270 flood protection works, only 130 were in a good condition or completed, whilst the rest were in severe need of the irrigation department’s attention.

The acute shortage of early warning radar systems further worsens the situation. The current arrangements rely on flood gauging through the telemetry of Wapda and some basic gauging systems installed by the irrigation system. Since these arrangements are not specially installed to provide early warning, they provide relatively less time to prepare for floods. Due to the flooding of 2010, the irrigation department had restored river discharge gadgets and installed 16 new rainfall gadgets and 80 new flow gadgets during 2011-2012. However, a lot still has to be done.

Resource mapping of the PDMA states that proper planning for rescue and relief efforts, enhancing the capacity of the community concern through training and equipping both with knowledge and resources elevate the level of preparedness, and certainly reduce the chances of expected damage from a disaster. But unfortunately, the said factor, along with inadequate resources, weakens the response capacity at both levels. The reactive strategies at district and provincial levels did not help much in saving lives and providing support to the flood affectees to a large extent and extraordinary efforts were required to bridge the gap at that critical time.

Moreover, encroachments in riverbeds, water channel drains along flood-prone areas of Panjkora, Swat, and Kabul rivers and their tributaries were one of the major causes concerning losses of human life and property. Motorway and roads above the fields further aggravated the situation as the flow of water was stopped and the reverse phenomena caused the inundation. Non-observance of the early warning system, irrigation and environmental laws, insufficient water storage and regulation capacity, inadequate procurement of non-food items, absence of trained staff in disaster management compound the problem. Patrolling of the canal system and riverbeds have almost stopped, while deforestation is ruthlessly being carried out. Drudging, embankments, construction of buildings on riverbeds and water channels, construction of roads above the fields, motorways without providing causeways, non-clearance of drains and encroachments, absence of predesigned breaches and barrages and bunds further aggravate the problem. Even posh townships like Hayatabad, Peshawar, despite having its own master plan, do not adhere to environmental and irrigation laws. The authority is busy squeezing water channels thus not only degrading the ecosystem but also causing floods during rainfall.

The study clearly establishes that the non-implementation of existing laws, as an indicator, is mainly caused by poor governance thus impairing the disaster management system. It is high time that the various tiers of governance should play their due role by ensuring proper implementation of the laws.

Pakistan’s FATF challenge: what next?