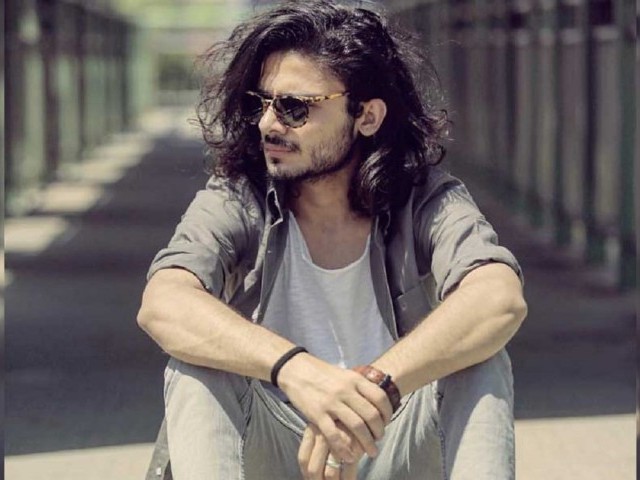 Famous vlogger and social media personality, Umar Khan, popularly known as Ukhano, was accused of sexual harassment and abusive behaviour by multiple women in July 2019. Several screenshots of the 28-year-old’s conversations with other women circulated on social media, wherein Ukhano could be seen sharing his obscene pictures and asking for their ‘bold’ pictures in return.

On Saturday night, three months after allegations surfaced, UKhano shared a new video on social media, sharing the details of events that followed.

He captioned his video, “On 9th July, I was made a target of false allegations. I promised you all that I will go through the legal channel and after submitting my application in FIA along with all the evidence and after 3 months of investigation, I have an FIR against false allegations.”

On 9th July I was a target of false allegation. I promised you all that I will go through the legal channel and after submitting my application in FIA along with all the evidence and after 3 months of investigation I have an FIR against false allegations. #ukhanofalselyaccused pic.twitter.com/NoSfwRzj97

He concluded his tweet with the hashtag #ukhanofalselyaccused, which was trending on Twitter as of Tuesday morning. The video showed a series of people claiming that both sides of the story need to be taken into consideration before accusing an individual, emphasising on the difference between harassment and mutual consent.

It went onto show the Assistant Director of FIA, Asif Iqbal, claiming that “If someone tries to defame an individual, then an FIR will be filed against the prior, after due investigation.”

Lawyer Samaviya Sajjad is also featured in the video, saying that a local website had published the accuser Dua Asif’s elaborate account of abuse, without verifying her claims.

The vlogger also posted a picture of the FIR on November 10, claiming how he was ‘falsely’ accused. The Federal Investigation Agency’s (FIA) First Information Report (FIR) claims that following an inquiry of the FIA Cyber Crime Reporting Centre Gujranwala, an FIR has been registered on the complaint of Umar Khan.

Never make negative comments or spread rumors about anyone. It depreciates their reputation and yours. #UkhanoFalselyAccused #FIR #CYBERCRIME pic.twitter.com/LGjpwVZ2B3

“Consequent upon inquiry, FIA registered the complaint of Mr Umar Khan wherein he alleged that a lady named Dua Asif, alias, Afrah Asif, Karachi, has started a defamatory campaign against him through her facebook profile, namely Afrah Asi,” states the FIR.

Ukhano shared this picture with the tweet, “Never make negative comments or spread rumors about anyone. It depreciates their reputation and yours.”

Aside from sharing the video representing the series of channels Ukhano approached, along with the FIR, the vlogger also uploaded another video, thanking the people who supported him.

I have faith in the Pakistani legal system and so should you. Always go through the legal platforms instead of social media platforms. #UkhanoFalselyAccused pic.twitter.com/RDSvpIomlT

He claimed in the video that his life had fallen in jeopardy following the ‘false’ allegations, and he made the videos to educate others about the platforms they should reach out to under similar circumstances.

Earlier when the social media celebrity had been accused, he had uploaded a similar video, requesting his followers to hear his side of the story. The video has now been removed from social media for unknown reasons.

“I’ve worked very hard my whole life, shot several videos and worked with a number of women. I’m certain I’ve never made any of them uncomfortable.” Ukhano shared in an earlier video.