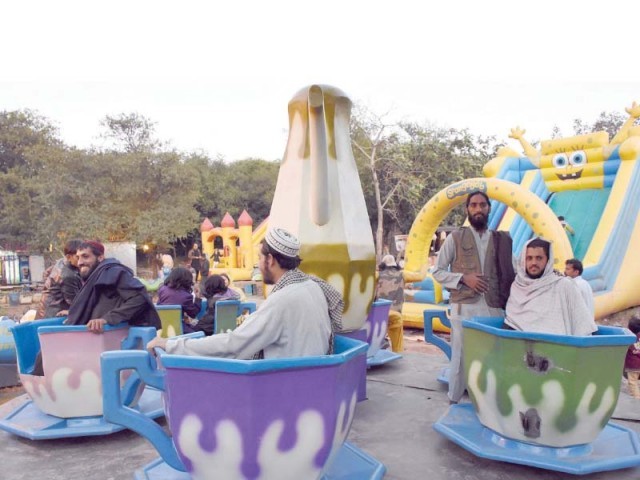 ISLAMABAD: A policeman, on duty at Azadi march, slit his throat with a blade, when his officers refused to give him leave to go to see his sick daughter in Swat district.

Head Constable Siddique Khan is said to have attempted suicide because he was disheartened over the rejection of his leave application for visiting his ill daughter back home. The victim was immediately shifted to Intensive Care Unit (ICU) of Pakistan Institute of Medical Sciences (Pims) in a critical condition.

According to police sources, as part of the security plan, Head Constable Siddique was part of the contingent of Swat police that has reached the federal capital on October 30 for duty in Azadi march.

A few days ago, he got the news from home that his daughter was seriously ill.

He asked his officer for a short leave from the duty so that he could go back to see his sick daughter.

However, the official, lacking empathy, refused it as well as reprimanded Siddique for showing carelessness in the sensitivity of the situation.

The head constable again beseeched his officer to let him go to see his sick daughter on Sunday, but his plea was rejected.

Siddique had contended in his application that he could take his daughter to better healthcare services and arrange for medicines if he was at home.

He was told that he could not go back to Swat until the Azadi march was called off. Disheartened, after finishing his duty on the day, Siddique returned to his accommodation in the CTF Building which is located in the precincts of Shams Colony police station, went to the bathroom and slit his throat with a shaving blade. Hearing voices from inside, Siddique’s roommates broke into the washroom and saw him lying in a pool of blood. The roommates immediately took him to Pims where he was taken to ICU in a critical condition.

As the news circulated, the officials from federal and Swat police also reached the hospital.

The sources told that although Siddique’s neck had been stitched, his condition was still in danger.

Further, DIG Operations Waqaruddin Syed has appointed SP Industrial Area as the inquiry officer for probing into the matter.

A senior official of the federal police, requesting anonymity, told The Express Tribune that a lot of things had been in circulation regarding the incident.

He added that the first and apparent reason behind the suicide attempt could be the refusal of leave for visiting sick daughter while another one was that the victim had recently given up taking drugs and he did the act owing to frustration developed in his mind.

The official further said that another unverified account behind the incident was the family problems however the inquiry committee would soon submit a report of its findings.

He told that a police team had also been sent to his village Nizampur in Swat for finding out other aspects which could prove to be helpful in the inquiry. The team would meet Siddique’s family to know the possible causes behind the extreme action. The Express Tribune also tried to contact Inspector General (IG) Islamabad Police Amir Zulfiqar Khan for his version however he could not be reached.

A fresh convoy of protesters comprising 200 participants from Larkana has reached the protest site in Islamabad on Monday to join others.

Like rest of the protesters, the first thing the new participants did was to setup their tents in the tent village at the venue. While talking to The Express Tribune, they said that they would not return without the resignation of the prime minister.

They added that more protesters from their native town would join Maulana Fazlur Rehman’s struggle for ousting the incumbent government.

Proceedings still at a halt

It has been 12th day of the Azadi march and the hearings of cases in lower courts are still on a break due to shortage of policemen.

Owing to the duties of police personnel in Azadi march, a number of suspects from Adyala jail could not be presented in lower courts of Rawalpindi district on Saturday.

However, only the suspects nominated in cases under terrorism charges and other heinous crimes were being brought to special courts.

The sources told The Express Tribune that during the period around 9,000 suspects nominated in as many as 5,263 cases could not be presented in the courts.