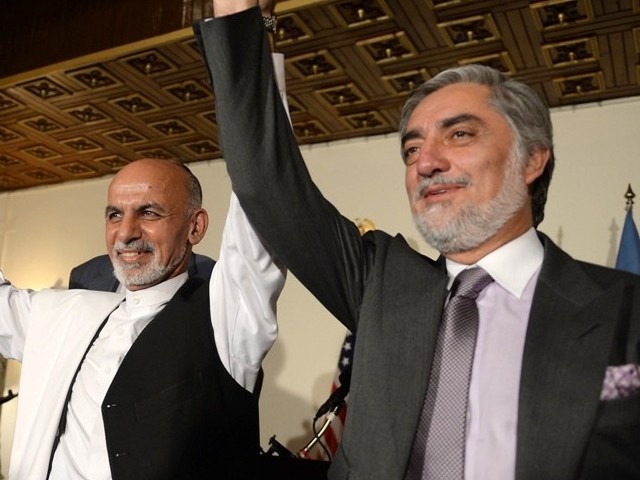 KABUL: The result of the Afghan presidential election may be further delayed, two officials said, after the main challenger to incumbent Ashraf Ghani said on Sunday he would not agree to the addition of hundreds of thousands of what he called suspicious votes to a planned recount.

The Afghanistan Independent Election Commission (IEC) said on Saturday that it would recount ballots from more than 8,000 polling stations – almost a third of the total – due to what it called discrepancies in their system.

But Abdullah Abdullah, who currently shares power with Ghani in a unity government, said Ghani’s side was pushing to include some 300,000 additional votes which did not come through biometric devices used in polling and which must be nullified.

“The recounting process should stop, and if the election commission continues with recounting process without our observers, we will act,” Abdullah told a cheering crowd of supporters in Kabul, accusing Ghani’s camp of fraud, which Ghani denies.

“Abdullah’s camp is afraid of the recount because they would lose,” Daoud Sultanzoy, a senior Ghani campaign leader said.

The standoff is likely to deepen the political crisis in Afghanistan after the September 28 presidential election, which was marred by allegations of fraud.

Preliminary results scheduled for later this week might be delayed again, according to two officials at the election commission who declined to be named as they are not authorised to speak publicly about the count.

The result was originally due out on October 19, but slow work on data entry and tackling extensive voter fraud delayed the announcement.

Eighty-five civilians were killed and more than 370 wounded in militant attacks and violence on the day of the election, the United Nations said last month. Ghani and Abdullah had both claimed victory before the ballots were tallied.