Gas firms seek tariff hike of up to Rs194 per unit

Gas firms seek tariff hike of up to Rs194 per unit

OGRA to hold hearin­g this month; any increa­se will push inflat­ion up
By Salman Siddiqui
Published: November 10, 2019
Tweet Email 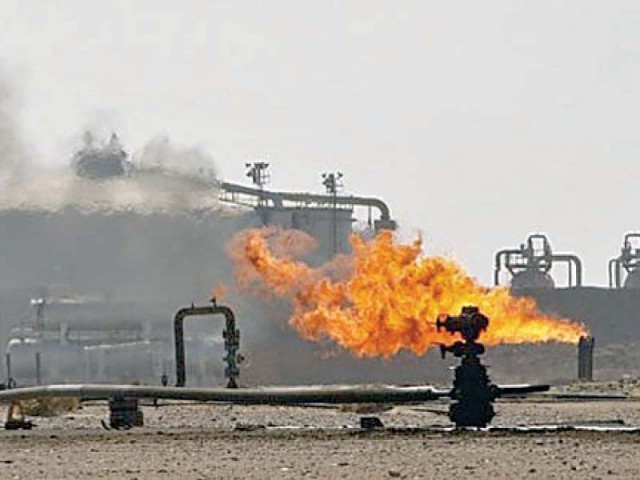 Earlier, govt increased gas prices by up to 190% with effect from July 1, 2019 under tough conditions of the IMF loan programme. PHOTO: FILE

KARACHI: State-owned gas transmission and distribution companies have sought an increase of up to Rs194.01 per unit in their tariffs, sparking new challenges for the country’s economic managers as the hike will add to the inflationary pressure and force the central bank to keep the benchmark interest rate at a higher level.

Two public gas utilities – Sui Southern Gas Company (SSGC) and Sui Northern Gas Pipelines Limited (SNGPL) – have sought the increase in tariffs with effect from July 1, 2019, which will inflate consumer bills. They aim to collect additional revenue of Rs93.69 billion from the end-consumers in the current fiscal year, which started on July 1.

The development came after the International Monetary Fund (IMF) cut its inflation forecast for Pakistan to 11.8% on Friday from the 13% anticipated in May 2019 for the current fiscal year.

The proposed hike in gas prices, if approved, will trigger a new wave of inflation rather than a decline in the Consumer Price Index (CPI) as projected by the government.

Earlier, the State Bank of Pakistan (SBP) and high-ranking government officials anticipated a softening of inflation in the second half (Jan-Jun 2020) of the current fiscal year and a notable drop in the next fiscal year.

The inflation reading is believed to have peaked out at 11.4% in September 2019. It slightly dropped to 11% in October, according to the Pakistan Bureau of Statistics (PBS).

The central bank has projected inflation in the range of 11-12% for the current fiscal year 2019-20.

Government officials and independent experts have been highlighting the growing inflation and debt as the two key challenges for the economic managers. The increase in gas prices has remained a leading cause of hike in inflation in preceding years.

“The largest direct impact came from adjustment in natural gas tariffs as this alone contributed 0.7 percentage point to the headline inflation during the year (FY19),” the SBP said in its Annual Report 2018-19 released in late October.

This will be the second gas price revision since the beginning of the current fiscal year.

Earlier, the government raised gas prices by up to 190% with effect from July 1, 2019 under tough conditions of the $6 billion International Monetary Fund (IMF) loan programme.

The tariff was increased in order to overcome the revenue shortfall faced by the public gas utilities and lessen their reliance on the government, which itself faced financial constraints and continued to accumulate domestic and foreign debt to meet budgetary financing and international payment requirements.

In a bid to contain inflationary pressure in the economy, the central bank has hiked the benchmark interest rate by 7.5 percentage points in the past two years to an eight-year high at 13.25%.

Some experts expect a 50-basis-point reduction in the interest rate in the monetary policy announcement to be made in the current month. However, the proposed hike in gas tariffs may prompt the central bank to rethink its strategy.

SNGPL has sought a tariff hike of Rs194.01 per million British thermal units (mmbtu) with effect from July 1, 2019 to recover Rs71.02 billion from the end-consumers and overcome its revenue shortfall in the current fiscal year, according to an advertisement of the Oil and Gas Regulatory Authority (Ogra).

Ogra – the regulatory authority – has announced that it will hold public hearing on November 19 in Lahore for the SNGPL request and on November 20 in Karachi for the SSGC petition. It has invited all stakeholders to the hearing for recording their reservations about the tariff hike.