Award is first of its kind that Serdar Berdym­ukhame­dov has won
By AFP
Published: November 9, 2019
Tweet Email 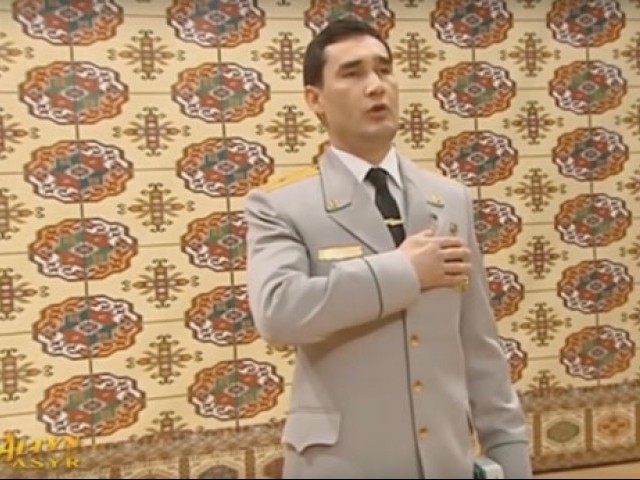 ASHGABAT, TURKMENISTAN: Turkmenistan’s strongman leader Gurbanguly Berdymukhamedov has bestowed a prestigious state award on his son who is seen as his likely successor.

The award “for great love to independent Turkmenistan” is the first of its kind that Serdar Berdymukhamedov, a former junior foreign minister, has won.

The newspaper said that Ahal was the first of the country’s five provinces to fulfil the state order for cotton.

The state order system is a remnant from Turkmenistan’s Soviet past that rights groups say leads to sweeping rights violations.

The US last year banned all imports of cotton goods from Turkmenistan, in an unexplained move that activists claimed was the result of a long-standing campaign against forced and child labour during the harvest.

Former dentist Berdymukhamedov, 62, came to power in 2006 after the death of his eccentric predecessor Saparmurat Niyazov, who styled himself as “Father of the Turkmen” and revelled in a personality cult that drew regular comparisons with North Korea.
Berdymukhamedov has kept the authoritarian system in place and has fashioned a powerful personality cult of his own in a country where there is no free press or opposition.