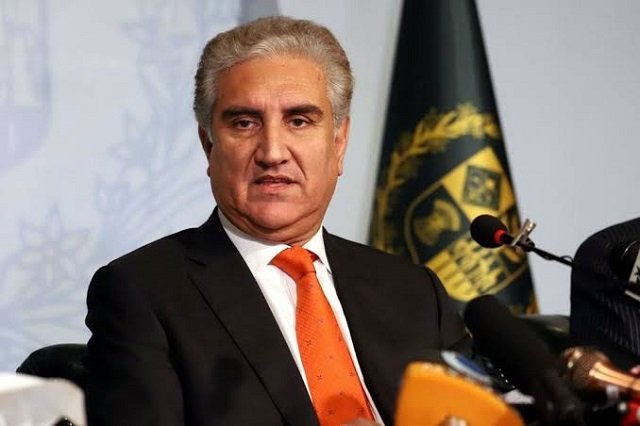 The foreign minister’s comments came when the Indian apex court decided to announce the verdict on the Babri Mosque case on the inauguration day of Kartarpur Corridor.

“Muslims are already under a lot of pressure in India and this decision of the Indian court will further increase pressure on them,” stressed the foreign minister.

More breaking :After bringing up Kashmir @SMQureshiPTI lashes out personally at PM @narendramodi, when I push to ask why the Kashmir shadow over #Kartarpur. I press ahead to say Kartarpur would not be possible without the cooperation of PM Modi, so why the personal slur. pic.twitter.com/4fb46wSFyi

FM Quresh rebuked the journalist saying that it was not a personal slur rather Modi’s attitude.

“Not at all, not at all, you’re welcome, I am welcoming you,” he clarified adding that Modi’s bigotry and narrow mindedness destroyed the spirit of Kartarpur.

India’s top court cleared the way for a Hindu temple to be constructed at a hotly disputed holy site, in a huge victory for Hindu nationalists under right-wing Prime Minister Narendra Modi.

The Indian Supreme Court ruled that the site in Ayodhya in northern India, where Hindu mobs destroyed a 460-year-old mosque in 1992, must be handed over to a trust to oversee the construction of a Hindu temple, subject to conditions.

A separate piece of land in Ayodhya would be given to Muslim groups to build a new mosque, the court ruled in a historic judgement aimed at ending a bitter and decades-old legal and sectarian battle.