A comple­te ban on use of social media is in place to safegu­ard young genera­tion from drug abuse
By Muhammad Ilyas
Published: November 8, 2019
Tweet Email

LAHORE: The Punjab government has devised a new strategy to curb drug abuse by imposing a complete ban on use of mobile phones and other sources to connect to social media at all educational institutions across the province.

All private and public sector schools, colleges and universities throughout the province are directed to strictly impose the ban and treat it as ‘most urgent’ to safe guard the youth from drug abuse, according to a notification issued by Punjab’s Director Public Instruction Zulfkar Ali Bhatti on Friday.

All children under the age of 16 are also barred from using social media, it added.

The decision was taken owing to rising use of drugs among students, who connect to drug peddlers through various social media platforms.

Due to drug abuse, incidents of students being found unconscious are on the rise in Lahore. Deaths have also been reported in this connection.

With Pakistan a gateway to the world for around 75 per cent of all drugs produced around the globe in neighbouring Afghanistan, the country is slowing turning into a major consumer for drugs.

Lahore District Inspector General (DIG) Operations Ashfaq Ahmed Khan, while speaking to The Express Tribune, said that police have already launched a crackdown on drug peddlers, operating in the vicinity of educational institutions. “Over 900 suspects have been arrested in the last three months,” he added.

DIG Khan said that efforts are afoot to curb drug supply to the educational institutions and the police have increased surveillance around the schools and colleges in this connection.

The Lahore DIG Operations had earlier stated that the force has been implementing a zero tolerance policy against criminals, particularly drug peddlers targeting the youth.

Lahore police have also arranged awareness campaigns and lectures at different educational institutions across the provincial capital to inform students about the fatal effects of using drugs. He maintained that the basic purpose of delivering awareness lectures is to make students and teachers aware of their basic responsibilities. 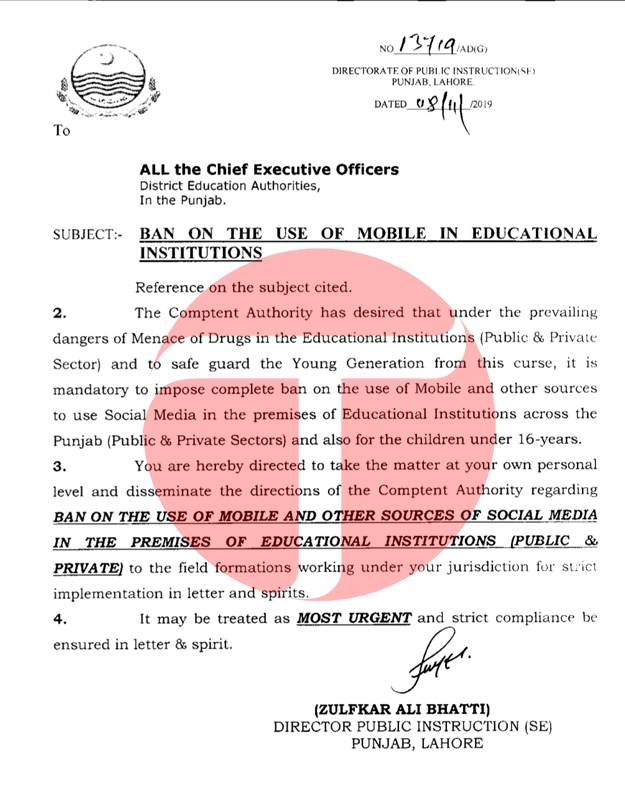