Amrita Singh taught me how to take my career seriously: Saif Ali Khan

Amrita Singh taught me how to take my career seriously: Saif Ali Khan

The actor also explai­ned how his ex-wife was the reason he played a succes­sful role in 'Dil Chahta Hai'
By Entertainment Desk
Published: November 8, 2019
Tweet Email 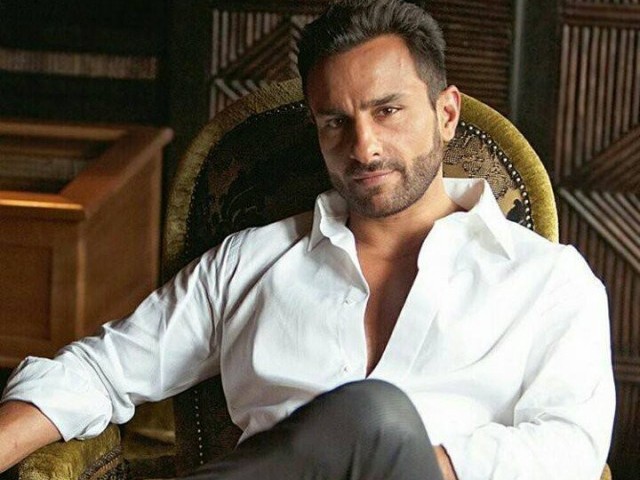 In a recent turn of events, actor Saif Ali Khan talked about his ex-wife and actor Amrita Singh, discussing the impact she had on his career in an interview with Mid-day. The actor revealed that Amrita was the only person who made him take his job seriously.

“I had run away from home and got married at 20. I have to give Amrita the credit for being the only person who taught me how to take my work seriously,” he said.

“She said you cannot hit the target while laughing at it. That’s when Parampara happened,” he added. The Baazaar actor also mentioned that his former spouse was the one who told him to believe in himself when he was clueless about how to approach his character of Sameer in Dil Chahta Hai. He recalled asking everyone for guidance on how to play the role. “Even Aamir Khan gave me some advice.” However, Amrita told him not to ask others for assistance and do his own thing. “That’s how I did it,” claimed the actor, knowing that he had made his role from the film into one of the most admired characters in Indian cinema.

Saif and Amrita got married in 1991 and had two kids, Sara and Ibrahim. However, the couple got divorced in 2004. Saif married actor Kareena Kapoor Khan in 2012 and they have a son named Taimur.

On his wedding day with Kareena, Saif even wrote a note to Amrita about the time they shared. “When I was getting married to Kareena, I wrote a note to Amrita saying ‘I am starting a new chapter,’ we had a history and something on the lines of good wishes for both of us. I sent it to Kareena to take a look. I sent it across. Sara called me and said, ‘I was coming anyway, but now, I am coming with a happy heart.’ I think that story sums up the attitude of everyone involved,” he said last year when he appeared on Koffee with Karan along with his daughter.

On the same show, Sara also talked about how her mother Amrita dressed her up to attend Saif and Kareena’s wedding. “My mom dressed me for my father’s wedding. Many people would be of the opinion that Kareena was weird or mom was weird. It was very comfortable. Everyone was so mature that it was not a big deal,” she said.