The march and its consequences

The march and its consequences

These agitat­ors should not be allowe­d to have things their way as it would have seriou­s conseq­uences for Pakist­an
By M Haroon Aslam
Published: November 8, 2019
Tweet Email 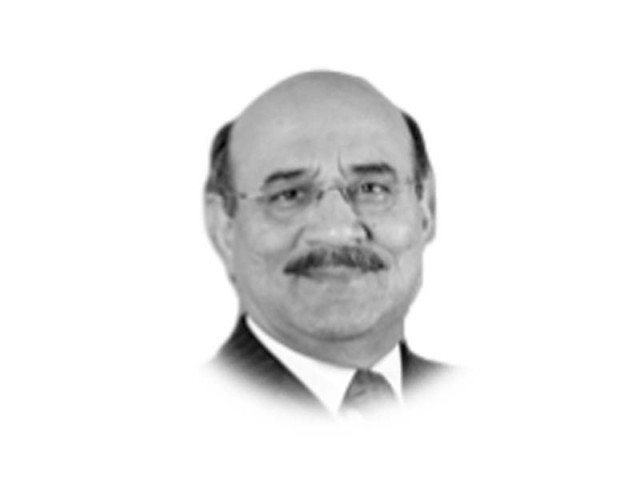 The writer is a retired Lieutenant General from Pakistan Army and is a freelance writer. He can be reached at haroonaslam3636@gmail.com

Islamabad is playing host to a gathering of agitators who have camped on the Kashmir Highway for the last few days. The city has seen such affairs earlier as well, but this one is distinctive in many ways. Firstly, the crowd comprises right-wing agitators under the umbrella of the JUI-F, who are more obedient to their command hierarchy and prone to violent agitation while a very small percentage of them really understands why they have been brought there.

Though, the top leaders of the two main parties i.e. the PPP and the PML-N have made appearances in the show, in reality these parties are taking a piggyback ride on the JUI-F agitation discarding their hardcore political philosophies. Maulana Fazlur Rehman, the JUI-F Ameer, sits in the driving seat, a status he has skillfully attained through a well thought-out political strategy. Due to a number of geopolitical whys and wherefores, inter alia Pakistan continues to face stiff challenges to its national security by powers who influence political milieu to further their own regional and global interests. T

hese interests are furthered by overt means and covert apparatus with synergy. The covert strategies are being implemented through intelligence tentacles, fifth column and sympathisers with characteristic sophistication. These intelligence agencies operate in the form of a consortium with mutually supportive undertakings to undermine peace, stability and progress in Pakistan. It doesn’t require much research to discern that the ongoing humbug in Islamabad in the form of a large assembly of mostly religious conservatives and ignorant teenagers is furtively abetted by the same elements.

The first and foremost harmful repercussion of this “democratic march” is the danger to democracy itself. Democracy doesn’t mean elections alone. It is the cumulative functioning of parliament, the government and other state organs after the elections. If the current agitation is to succeed and the government is sent packing, a dangerous precedent will be set in the country.

Then who stops the recurrence of such an agitation against the next elected government after a year or so of its installation? Hence withers the political stability which is direly needed in Pakistan. The more sinister detriment of this march cum sit-in relates to its composition. It mainly comprises right-wing leaders and their followers, including madrassah students, with a regimental wing in khaki attire. Their agitation in Islamabad reinforces the narrative that non-state actors or Islamic extremists can march on the capital, paralyse the government and have things their way. The intermittent appearance of leaders of other political parties and the composition of the “Rahbar Committee” cannot belie the fact that this is a right-wing Islamist show.

The image it sends internationally is highly damaging for a country with nuclear power. We should be sending a message of stability, responsibility and maturity to the international community, and not of chaos and uncertainty.   It is a noticeable coincidence that the “Azadi March” kick-started on October 27, 2019, the day the people of Pakistan and Azad Kashmir observe as a black day to recollect the illegal accession of Jammu and Kashmir to India. Why was this day selected? One wonders. The events that followed put the government in an awkward position deflating its campaign in support of the hapless people of occupied Kashmir. The miserable plight of the Kashmiris was eclipsed as the attention of the domestic and international media shifted its focus on the march. The Indian government appears to be a major beneficiary of this agitation with reference to their suppressive lockdown in occupied Kashmir. Are covert machinations behind this drama in Islamabad? One can argue about the political sagacity and statesmanship of Prime Minister Imran Khan but his commitment to his people for a brighter future is unquestioned. He is surefooted, incorruptible and has a charismatic personality. Due to these remarkable qualities he is well-received and acknowledged at the international level. He has emerged as a leader who has the courage to speak for the Muslim Ummah, its concerns and growing Islamophobia. He rallied with Erdogan of Turkey and Mahathir of Malaysia to work for the betterment of Muslims around the world. While a leader of such a stature is a symbol of hope for the Pakistani people, the powers inimical to Pakistan’s wellbeing and its growth would not wish him well. The best bet for these powers is to politically weaken Imran Khan at the home ground and, in all probability, the ongoing protest march is being masterminded to achieve that end.

The situation is still fluid and one can just hope for an early settlement of the ongoing crisis without any violence. Such charged crowds can easily be drawn to violence through planted agents. Pakistan cannot afford to see the worsening of this crisis which must be averted. Whatever the declared or hidden agenda or whoever is behind this show, the entire episode has serious consequences for the national security of Pakistan — a fact that needs to be understood by the government and saner politicians within the fold of opposition parties. These agitators should never be allowed to have things their way as it would have serious political consequences for Pakistan.

Be careful, what you wish for