Larger SC bench may be formed for GIDC case

Larger SC bench may be formed for GIDC case 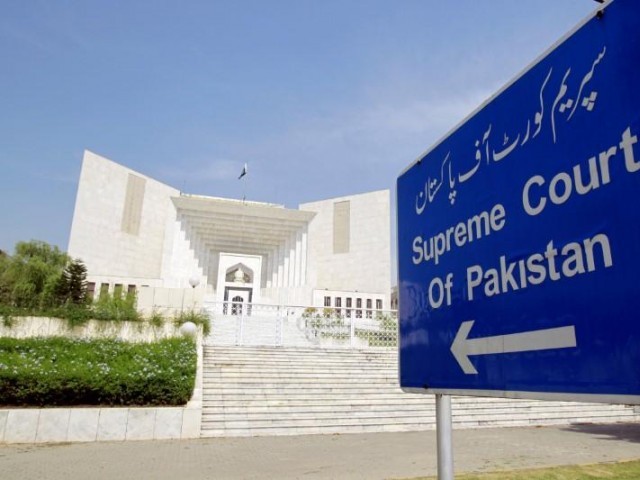 ISLAMABAD: The Supreme Court on Thursday said the Gas Infrastructure Development Cess (GIDC) case could be referred to the chief justice of Pakistan for the formation of a larger bench if required.

During the hearing, Makhdoom Ali Khan, the counsel for a private gas company, told the court that that the parliament could not bypass the decisions of the Council of Common Interests (CCI).

Commenting on his stance, Justice Shah observed that the CCI was not empowered to enact laws and it had the mandate to decide policy matters and then refer them to parliament for legislation.

The counsel maintained that CII provided the provinces with the opportunity to present their position on policy matters.

Justice Arab noted that the CIII was a forum established to prevent disputes between provinces on any issue.

The counsel maintained that the CCI was completely ignored while levying the GIDC and the matter was never presented at the forum.

Justice Shah observed that though the CCI was an effective forum to deal with such matters, sometimes it could not hold meetings because of various reasons.

Justice Arab noted that the government could draft a bill on the matter and refer it to the CCI. The cess can be amended based on the recommendations of the council. The counsel maintained that the CCI could suggest not imposing a levy on natural gas.

Justice Alam inquired as to whether the levy was a tax or a fee, adding that the matter could be referred to the CJP if a larger bench was needed to hear the case.

Justice Shah questioned as to why a levy was not a fee. Justice Arab said a levy could be considered a service fee payable by gas consumers.

The counsel maintained that the government was proposing a service fee on natural gas used in the future, but the cess was not applicable to domestic consumers.

Faisal Arab said that the government would have to import natural gas if its supply was inadequate and require installing a pipeline for this purpose.

The court later adjourned the hearing until next week

In August this year, President Arif Alvi promulgated the Gas Infrastructure Development Cess (Amendment) Ordinance 2019 to waive half of the outstanding liabilities — amounting to Rs208 billion — of fertiliser, textile, power generation and compressed natural gas (CNG) sectors in addition to writing off late payment surcharge for the past seven years.

Through the presidential ordinance, the federal government also reduced GIDC rates by up to 75%.

However, the government — amid harsh criticism by various circles — withdrew the GIDC ordinance within days of its promulgation.

It then approached the apex court through the attorney general for Pakistan requesting it for an early hearing of the GIDC case.

According to a PM’s Office statement, the ordinance was issued with a view to recover 50% of the stuck revenue by way of an out-of-court settlement after consultation with the industry.

The GIDC was levied in 2011 by the then federal government by enacting the GIDC Act 2011.

Later, the Pakistan Muslim League-Nawaz (PML-N) government brought a new legislation on the issue in 2015. It was also challenged in the PHC and the SHC.

In 2016, the SHC while exercising civil suit jurisdiction declared the GIDC as ultra vires of the constitution but in May 2017, the PHC held that GIDC was legal.

Meanwhile, the aggrieved companies approached the SC against the PHC order.

In August, 2017, a three-judge bench of apex court led by former chief justice Mian Saqib Nisar took up the matter wherein renowned lawyer Khalid Anwar appeared before the court. The SC granted leave to appeal against the PHC verdict.

PM Imran for utilising govt lands for the welfare of masses