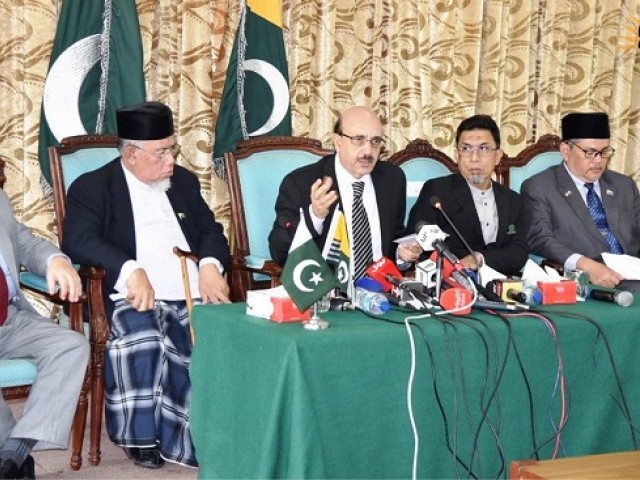 ISLAMABAD: Azad Jammu and Kashmir (AJK) President Sardar Masood Khan said on Thursday that UN Security Council (UNSC) President Karen Pierce had removed the Kashmir issue from this month’s agenda, lamenting that the international body did not seem to be concerned over the grave human rights situation in Indian Occupied Kashmir (IOK).

The IOK has been on a knife-edge since August 5 when the Indian government moved to strip the region of its autonomy, imposed a lock down, cut telecommunications and detained thousands.

“The Security Council appears waiting for complete annihilation of the Kashmiri people,” he told a 16-member high-level visiting delegation of Association of Southeast Asian Nations (ASEAN).

He expressed hope that ASEAN would play its role to help the oppressed people of IOK.

Expressing disappointment with UNSC, the AJK president regretted that the world body had failed to raise voice against genocide and trampling of human rights of Kashmiris.

He maintained that though the Organisation of Islamic Cooperation (OIC) had supported the Kashmiris’ right to self-determination, it did not make any significant impact on an international level.

Khan thanked Malaysia, China, Turkey and Iran for adopting a clear stance in support of the people of occupied Kashmir, and hoped that other regional countries would also adopt a similar stand, and extend moral and political support to the people of the occupied valley.

The delegates said it was the second delegation from ASEAN which was visiting Pakistan and AJK to review the ground situation.

They said that they were conscious of the agonies of Kashmiris, and the aim of their visit was to express solidarity with them, adding that ASEAN states will play their role in seeking justice for Kashmiris.

PML-N to continue to offer lip service for sit-in