CM says provin­cial govt should be taken on board when licenc­es for oil, gas explor­ation are issued­
By Mohammad Zafar
Published: November 7, 2019
Tweet Email 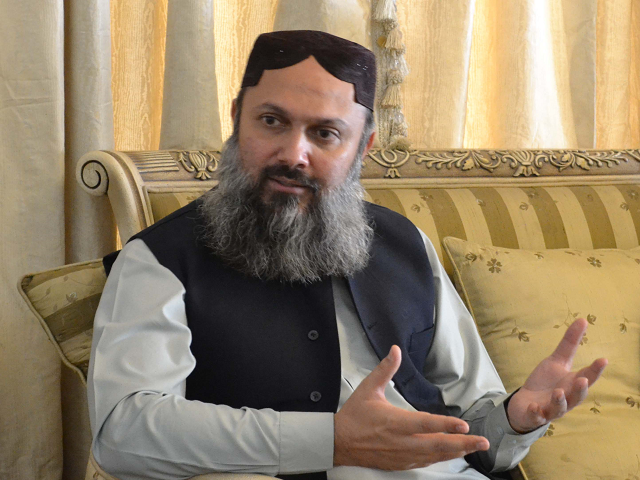 QUETTA: Balochistan Chief Minister Jam Kamal on Wednesday stressed that the province’s rights should be safeguarded under the 18th amendment and the provincial government should be taken into confidence while issuing licences to companies seeking to explore oil and gas reserves in Balochistan.

Kamal was meeting Federal Minister for Petroleum Omar Ayub Khan where he discussed the province’s partnership with the federal government in exploration of oil and gas reserves in Balochistan. According to details, matters pertaining to the establishment of an oil refinery were also discussed in the meeting.

“By taking the people of Balochistan on board in any development decision, the federal government would be able to gain more trust and confidence of the public, particularly when Balochistan’s natural resources are in question,” Kamal said.

Corroborating with Balochistan CM’s stance, federal minister Omar Ayub pledged to address mistakes committed by the previous regimes with the people of Balochistan.

He assured that the federal government would safeguard the rights of the people of Balochistan while signing oil and gas projects with national and international companies.

Earlier, Kamal also said that in Balochistan or any other province’s history, no Public Sector Development Programme (PSDP) has started in July but the provincial government did its tenders and till now has released Rs 30 billion. “In every district new works have started and old ones are getting completed,” he tweeted.

Kamal is making sincere efforts for the uplift of the education and health care sectors and also the development of the province’s infrastructure, the provincial government spokesperson has said.

“The chief minister wants to ensure that basic facilities are provided to the people at their doorstep,” said Liaquat Shahwani.

“He [chief minister] has been working day and night because he wants a developed Balochistan,” he added.

Shahwani said measures were being taken for the socio-economic uplift of the people living in the remote areas of the province.

“Everybody’s issues are being addressed regardless of their financial status.”

The Balochistan chief minister recently said the provincial government was working on a mechanism to build a functional governing system in the province. He reiterated the need to strengthen the capacity of the departments.

“Measures are being taken to ensure provision of quality education, health, and clean drinking water facilities to the people in every corner of the province,” said Kamal while emphasising that the development schemes are revamping the province’s infrastructure.

Kamal pointed out “the lack of sincerity” during the previous regimes and said the incumbent provincial government was focusing on completing the uplift projects in the given timeframe.

“We have allocated funds for the departments in the province which were neglected for decades,” he said. “Strict monitoring is ensured to maintain quality in all the schemes.”

Kamal claimed that the incumbent government had also removed many fake development schemes included in the Public Sector Development Programme.

Talking about law and order situation in the province, the Balochistan CM affirmed that the government was taking all measures to protect public life and property while the Levies Force, equipped with modern weapons and training, was also playing its part.

“We are pursuing a policy where we can stablise the provincial economy through its own natural resources instead of depending on the federal government,” Kamal said, adding that the government was making a shift to solar energy to fulfil the province’s energy needs and benefit the agricultural sector.