Develo­pment is a key to even reach out to the world govern­ed today by geo-econom­ic rules
By Durdana Najam
Published: November 7, 2019
Tweet Email 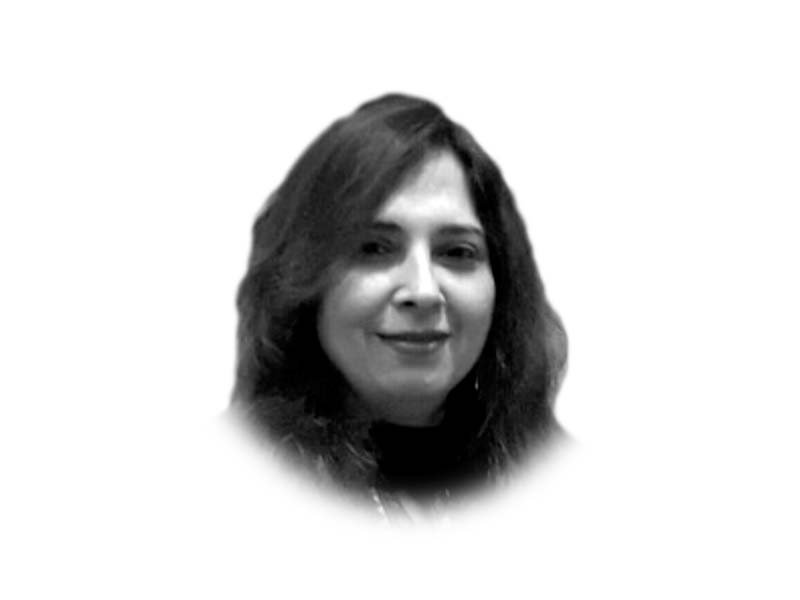 The International Monetary Fund (IMF) team has arrived in Pakistan to assess its economic performance during the first quarter since the release of the first trench of the 12th Extended Fund Facility in May 2019. Largely satisfied, the IMF chief has nevertheless pointed towards the need to not only enlarge spending in the development sector, but also to ensure that the allocated budget is spent. So far, the federal and the provincial governments have spent only Rs140 billion out of the annual total allocation of Rs1.6 trillion, which means that only one-tenth of the allocated budget has been spent. At this rate it is probable that a large part of the development budget would either remain unutilised or diverted to fill other performance gaps.

This kind of economic behaviour undermines economic growth. It is not a good omen for a country like Pakistan struggling to shed the poverty trap — the infamous economic condition that visits countries where human capital is low, fertility rate high and anti-growth economic policies are practised.

The link between economic growth and development spending is inseparable. When Pakistan chooses to divert funds allocated for development to finance, for instance fiscal deficit, it encourages unemployment, stymies the emergence of an educated and healthy middle class, deteriorates the quality of governance, creates rule of law conditions, and makes dubious the processes of accountability and transparency — all leading to an aggravated risk of conflict and social division.

The question is whether Pakistan has the capacity to rethink development.

In governance, “capacity” is a function of the willingness to perform within constrains. India has used this will to become an economic power without eliminating poverty.

It is this lack of political will that has undermined Pakistan’s capacity to develop. Over the years the nexus developed between the political and the business class has become an impregnable fusion (read: mafia) that takes in all but delivers little. Never has any government, not even the present one, demonstrated the will to break this fusion and make development possible.

Most of the policy interventions are geared towards making people dependent on the system (cash transfer and yellow cabs programmes, etc) that feeds on this nexus rather than turning the system around and making it dependent on skilled and honest labour. It is in this context that the IMF talks about institutional reforms. Are we in a dearth of good laws? Absolutely not. It is the implementation part where we fall through, as identified in the Financial Action Task Force (FATF) review as well.

Domestic policies, in majority of the cases, have international implications. The ignorance of our lawmakers and policy drivers to regulate the financial sector, especially to stop money laundering and terrorism financing moved the FATF into action against us. And because the reliance of Pakistan’s financial sustainability depends largely on securing debt from international funding organisations, these implications become further hard hitting as countries with agendas adversarial to Pakistan, but having a strong geo-economic presence globally — such as India — create a hostile environment leading to harsher monitoring and accountability processes. Even the US had not shied away from using FATF’s stick to extract a compliant behaviour from Pakistan.

Although the present IMF plan may continue irrespective of the list we get into — grey or black — the conditions on which future loans would be doled out may get severe. Which means more burden on the middle class and pushing those living on the margin further down the poverty line. Already, according to IMF projections, the core inflation is expected to grow 12.4%, general inflation to 13% and a fiscal deficit to 7.4% in the current fiscal year.

So what options do we have?

Four things are in calling to move Pakistan into the development phase. One is developing human resource through a uniform education system that encourages critical and scientific thinking resulting in productive and employable labour. Second is forcing the private sector to invest in producing capital goods rather than consumer goods. Engineering products constitute only five per cent of the country’s exports. Third is spending on the development of natural resources. Pakistan has one of the best water system, largest gold mines in Balochistan, tourism spots with breathtaking scenic beauty, mangroves, coastal and marine fish stocks in the coastal area. However, all these endowments have become hostage to the exploitative behaviour of agriculturists, tribal chiefs, landlords, bureaucrats and those having leverage on the political system. Fourth is developing infrastructure. According to the Global Competitive Index, Pakistan ranks 105 out of 151 countries in terms of quality of the overall infrastructure as compared with India, which is at 70. Infrastructure enlarges production capacity by providing to the private sector an investment-conducive environment and a reduced cost of doing business.

Gwadar is a case in point. The so-called jewel in the crown of the China Pakistan Economic Corridor (CPEC), Gwadar has no clean water for the people of the coastal city, neither is there a continuous supply of electricity. According to the Quetta Electricity Supply Company, Gwadar is not connected to the national electric grid and gets electricity from Iran. Previously, 100MW electricity was supplied, which was cut down to 50MW due to Iran’s own constrains. As a result the people of Gwadar bear load-shedding exceeding 12 hours at times. And if the Pakistani government thinks that CPEC will address these woes, it is time to understand the Chinese model of doing business which is dispassionate, focused and directed towards the promised deals alone. China is in Pakistan to implement CPEC and not to resolve the former’s internal problems. Ironically, the 300MW power plant on which China is working at Gwadar has run into bureaucratic and operational snags.

Development is a key to even reach out to the world governed today by geo-economic rules.

Though we had on our side Turkey and Malaysia to snub India on its Kashmir policy, those with the financial power among the Ummah could not be persuaded as much.

India’s Prime Minister Narendra Modi attended the three-day Future Investment Initiative nicknamed “Davos in the Desert” Summit in Riyadh but Imran Khan was not invited. Not for any bias. But because Pakistan had nothing to contribute to or take away from that business arena. A hint to the development capacity held hostage to the non-performing political will.