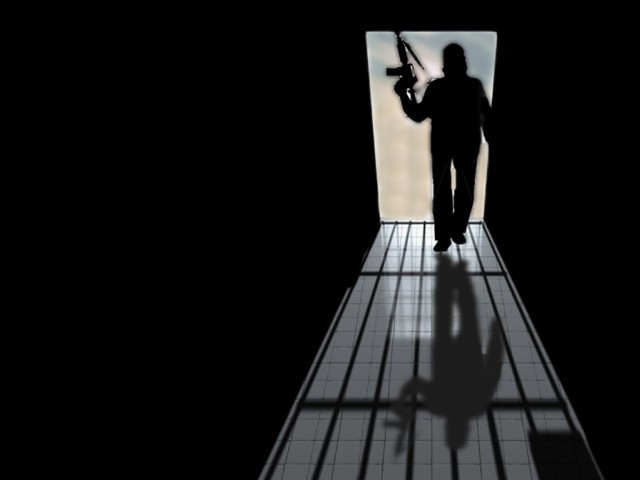 KARACHI: The Sindh High Court (SHC) has accepted a plea filed against the death sentence awarded to a man convicted of raping his daughter.

Announcing the verdict on the plea on Tuesday, a two-member bench, comprising Justice KK Agha and Justice Zulfiqar Ali Sangi, annulled the sentence awarded to the convict, Saleem, and ordered his release from prison.

Earlier, an additional district and sessions judge had awarded death sentence to Saleem after finding him guilty of raping his daughter. Preceding the additional district and sessions judge’s verdict, the prosecution had informed the court that Saleem allegedly continuously raped his daughter for four years. However, countering the prosecution’s charges, Saleem’s counsel had argued that DNA test results had come out negative and the abortion report was not attached with the evidence by the prosecution.

According to police, a case against Saleem was registered on November 24, 2017, at SITE Super Highway Police Station.

The same bench also extended the interim bail of Pakistan Peoples Party leader and provincial minister Sohail Anwar Sial till November 28, after his counsel, Advocate Shiraz Rajpar argued that since the hearing of the plea seeking the removal of Sial’s name from the Exit Control List is to be held on November 28, the hearing of his bail plea also be held on the same day.

Assistant Attorney General Irfan Aziz was also called to the rostrum during the hearing. Concluding the hearing of Sial’s bail plea, the court extended the provincial minister’s interim bail and sought details about the inquiry launched against him by the NAB.

According to NAB, inquiry against Sial is underway.

In another case, the court directed the petitioner to submit a counter-response to the Sindh government’s reply, over a plea filed against the Sindh Universities Amendment Act, 2018, at the next hearing.

The court adjourned the hearing until an undecided date.

The petitioner had filed a plea stating that under the Sindh Universities Amendment Act, 2018, the Sindh governor’s powers as the chancellor of universities have been transferred to the chief minister (CM) for political reasons. According to the petition, the condition of universities in the province would deteriorate the same way the schools have been ruined in Sindh if the act is upheld.

In its reply over the petition, the Sindh government has claimed that the plea against the act is based on mala-fide intentions and it has been filed for “gaining political benefits.” The government has stated in the reply that the act does not violate any law. According to the Sindh government, all departments in the province operate under the administrative control of the CM and bringing universities under his control would make it easier for the varsities to approach various departments including the Finance Department and Planning and Development Department.

The government has further informed the court in its reply that universities have been returned the powers for appointing the controllers of examinations and registrars and the act has been amended to include a clause for the removal of vice-chancellors accused of corruption and other misdeeds.

Meanwhile, the bench comprising Justice Shaikh and Justice Sial ordered builder Sikandar Abdul Kareem, who is accused of defrauding 600 citizens in the name of Silver Sands Apartment Project, to return money to the affectees, during the hearing of his bail plea.

The counsels for the affected persons informed the court that the bookings for the apartments were made in 1992 but the project has not been executed till now. They maintained that many allottees have died in the due course of time and when the remaining ones approach the builder demanding the possession of apartments, they are driven away. Kareem had fled the country after defrauding the citizens, the counsels maintained, adding that he has now returned to Pakistan. As many as 600 people were allotted apartments in the Silver Sands project, of whom 580 haven’t approached any forum to reclaim their money or apartments, they informed the court. The counsels said that citizens are being threatened by the builder.

Hearing the petitioners’ complaints, Justice Shaikh expressed annoyance with the builder for defrauding the citizens and ordered him to return the money to the affected persons.

The court adjourned the hearing for two weeks.

In another case, a two-member bench comprising Justice Syed Hassan Azhar Rizvi and Justice Kausar Sultana, summoned a private contractor, along with others, seeking replies over a plea challenging the collection of toll tax on National Highway by private companies.

In response to the plea, the court summoned the relevant private contractor and others, seeking replies over the plea.