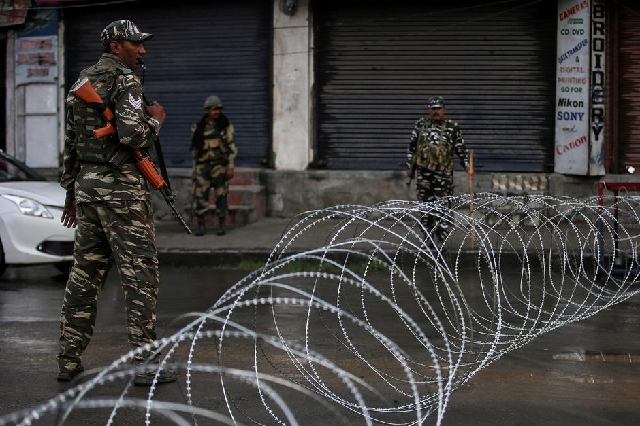 MUZAFFARABAD: Azad Jammu and Kashmir (AJK) President Sardar Masood Khan has expressed disappointment over the statement of Karen Pierce, president of the United Nations Security Council (UNSC), in which she said the council would not be discussing the Kashmir situation this month because the matter was taken up 11 weeks ago.

“When will the UNSC discuss Kashmir, if not now? Will the council take up the matter when the Kashmiris are completely finished off? That would be a travesty of justice and a dereliction of obligations under the UN Charter,” Khan said in a tweet on Monday.

Elaborating on his statement on Tuesday, the AJK president expressed surprise over Pierce’s assertion that the UNSC cannot take up the Kashmir situation because the matter had been previously discussed.

“This is despite the fact that since the debate in the UNSC on August 16, the situation in Indian Occupied Kashmir (IOK) has only worsened,” he said.

Khan stated that it was the basic responsibility of the UNSC to frequently convene sessions on the Kashmir issue until a practical and decisive solution was found. “After India’s illegal actions of August 5, the situation in occupied Kashmir has deteriorated with every passing day,” he added.

He said India’s bifurcation of the occupied territory a few days ago was New Delhi’s practical step to make Kashmir its colony and turn the Muslim majority territory into a Hindu-dominated region through the ethnic cleansing of Muslims.

“Under the UN Charter, it is the responsibility of the UNSC to protect the fundamental rights of Kashmiris and prevent genocide and ethnic cleansing of Kashmiris at the hands of an occupation force,” the AJK president said.

Nawaz ‘delays his discharge from hospital’ until ‘Maryam’s release’