Two under-trial prison­ers were found to be carryi­ng firear­ms inside the Adiala Jail on Saturd­ay.
By Imran Asghar
Published: June 13, 2010
Tweet Email 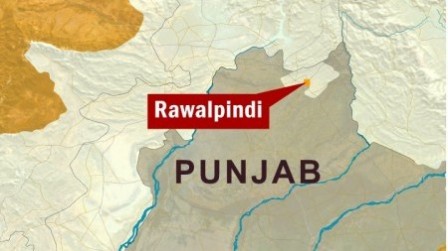 RAWALPINDI: Two under-trial prisoners were found to be carrying firearms inside the Adiala Jail on Saturday.

A case was registered against the two prisoners and eight police officials.

Police sources told The Express Tribune that after the jail administration found out that two prisoners, both under trial, had two pistols, contingent of the Reserve Force and Rangers were called in to search the premises.

Two pistols and 56 bullets were recovered from Khizar Mehmood and Shahzad Mehmood.

They were later handed over to intelligence agencies for interrogation.

Eight security officials who were deputed at the entrance of the jail were suspended and a First Information Report (FIR) lodged against them for criminal negligence.

The investigation officer, Sub-Inspector Chaudhary Altaf, confirmed that a case had been registered at the Saddar Berooni Police Station.

Altaf said the prisoners had been shifted from Adiala Jail to the police station. They will be presented in court on Sunday for obtaining physical remand, enabling the police to investigate.

An investigation is under way so it was too early to say whether the weapons were intended for any terrorism-related activity.

A jail official said the higher authorities took serious notice of the incident and ordered the jail administration to submit a comprehensive report on the incident within the next 24 hours.

He said after the incident, Saeedullah Gondal, the Superintendent of the Adiala Jail, had directed all jail officers to beef up security in the prison.

Later, the jail administration decided to conduct search operations twice a week to prevent similar incidents in the future, he added.

Adiala Jail has now been declared the most sensitive jail in Pakistan, because some terrorists involved in high-profile sectarian and terrorist incidents are locked up there, including suspects in the November 26 Mumbai attacks, Benazir Bhutto’s murder and the attack on former president Pervez Musharraf.

Death at an amusement park