Mahira Khan and the many different ways to rock a sari

Mahira Khan and the many different ways to rock a sari 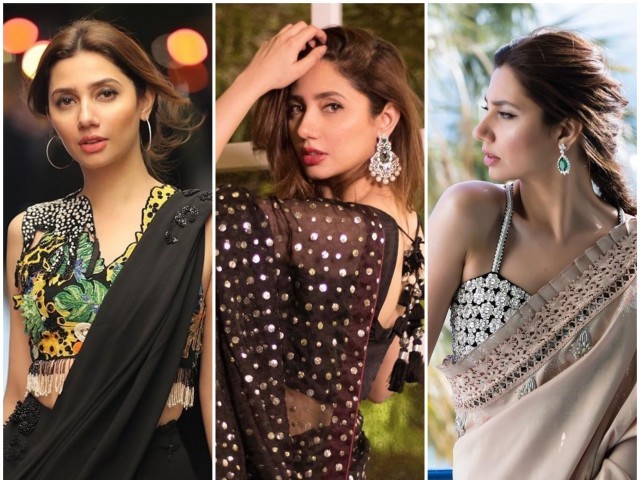 KARACHI  : Mahira Khan does not shy away from a sari every now and then. Honing into her eastern roots, the Superstar actor tries different tricks with the traditional garment quite often.

From casual to formal, Khan experiments with the sari like no other. And while her Western ensembles are almost always on point, we believe she shines the brightest in desi looks. 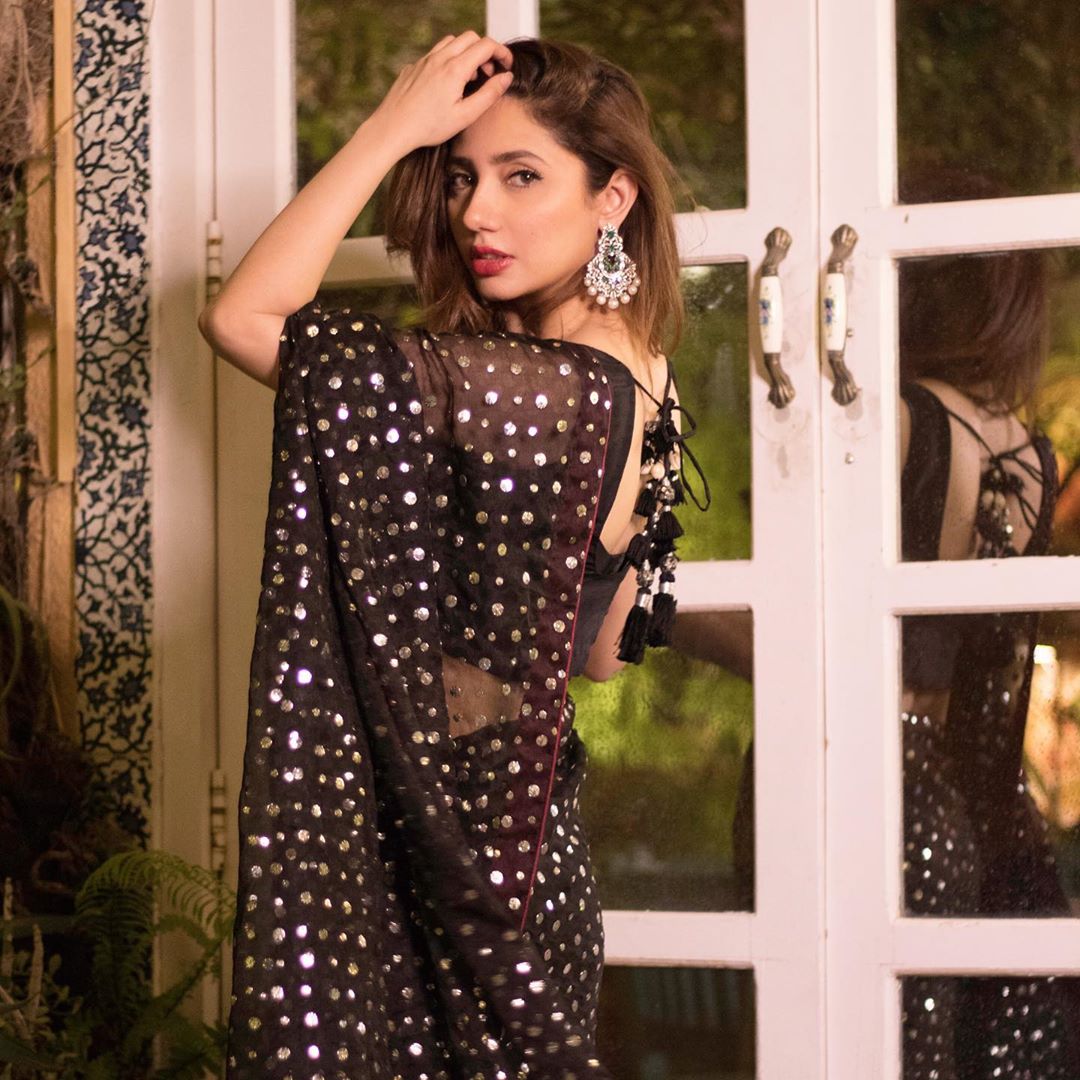 With a recent polka dot sari doing the rounds on Instagram, we thought we’d take a look back at Khan’s sari evolution over the years and how she reminds us why we love the elegant garment so much.

Luxe at the Lux Style Awards 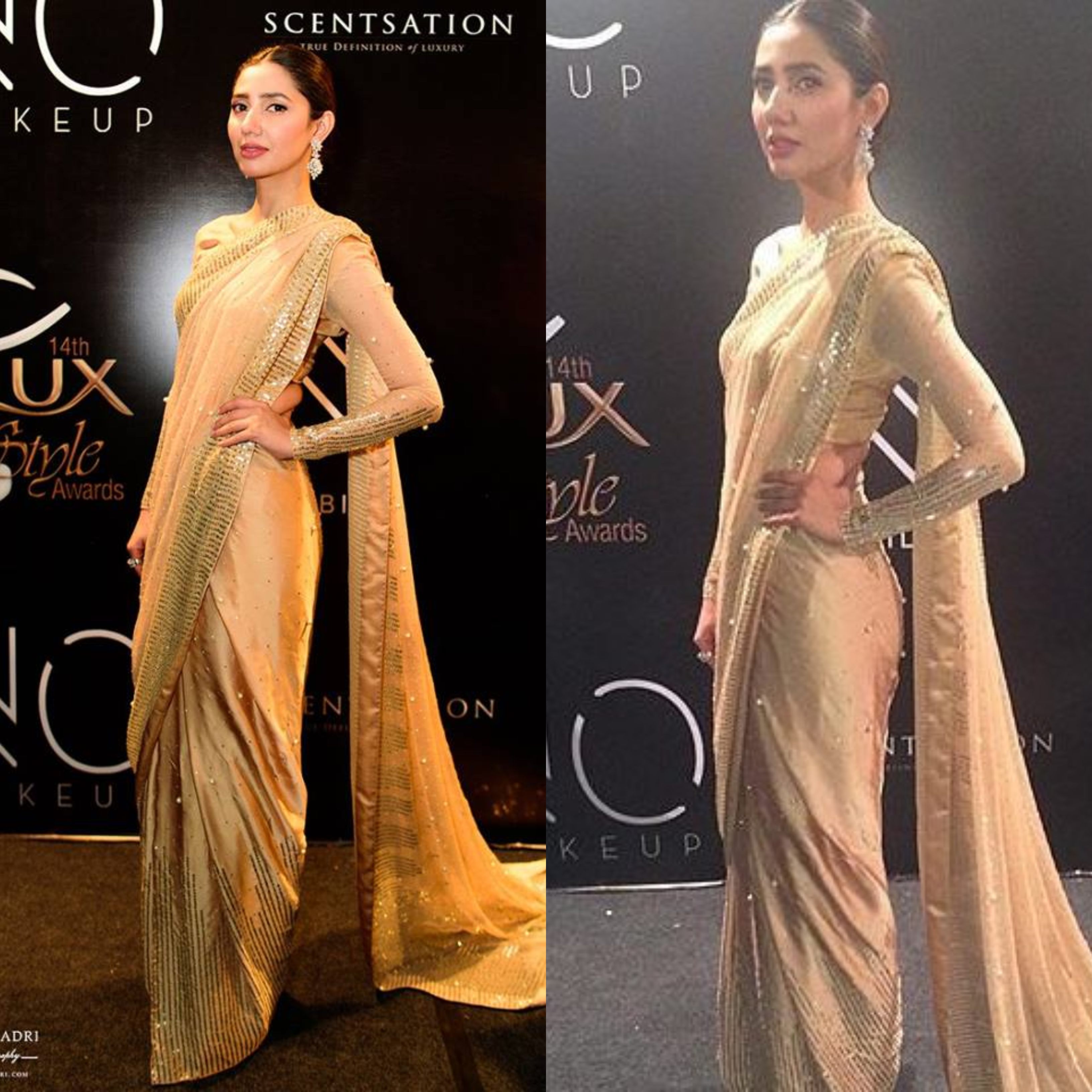 Once upon a time, in 2015, Khan showed up to the Lux Style Awards in this glamourous ivory Feeha Jamshed sari with jewelry by Damas, setting the desi princess precedent for years to come. 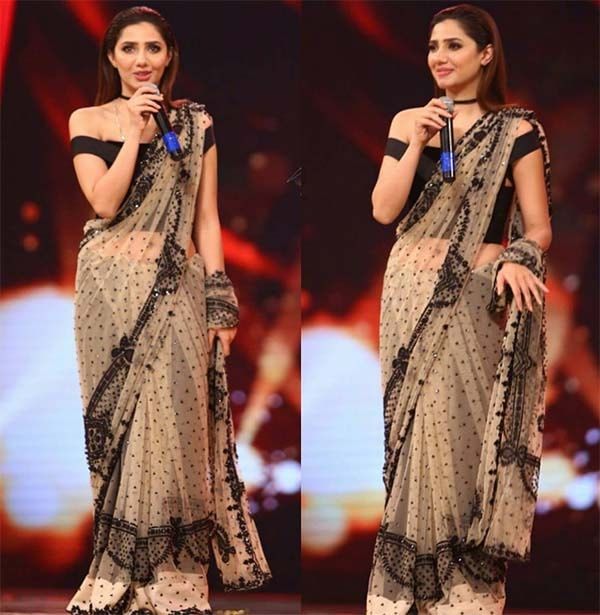 Remember this Rizwan Beyg stunner from 2016? We do! In a sea of gowns and dresses, Khan kept it traditional yet trendy in the beaded nude, off-shoulder sari. Her fresh makeup and dewy skin reminded us of how she is the queen of understated elegance. 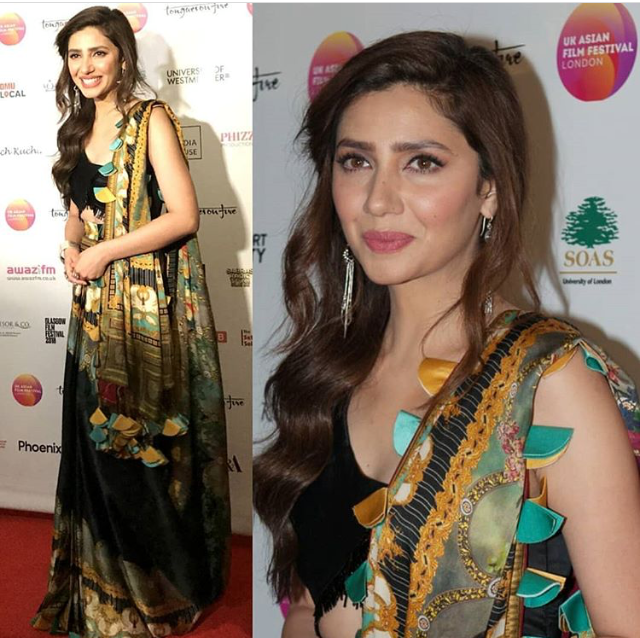 The Bol starlet stunned in this unique look at the opening gala of the UK Asian Film Festival in 2018. While she made headlines for representing Pakistan and being honoured with a ‘Contribution to Film and Activism’ award there, she also put her best foot forward in this gorgeous printed silk sari by Elan. 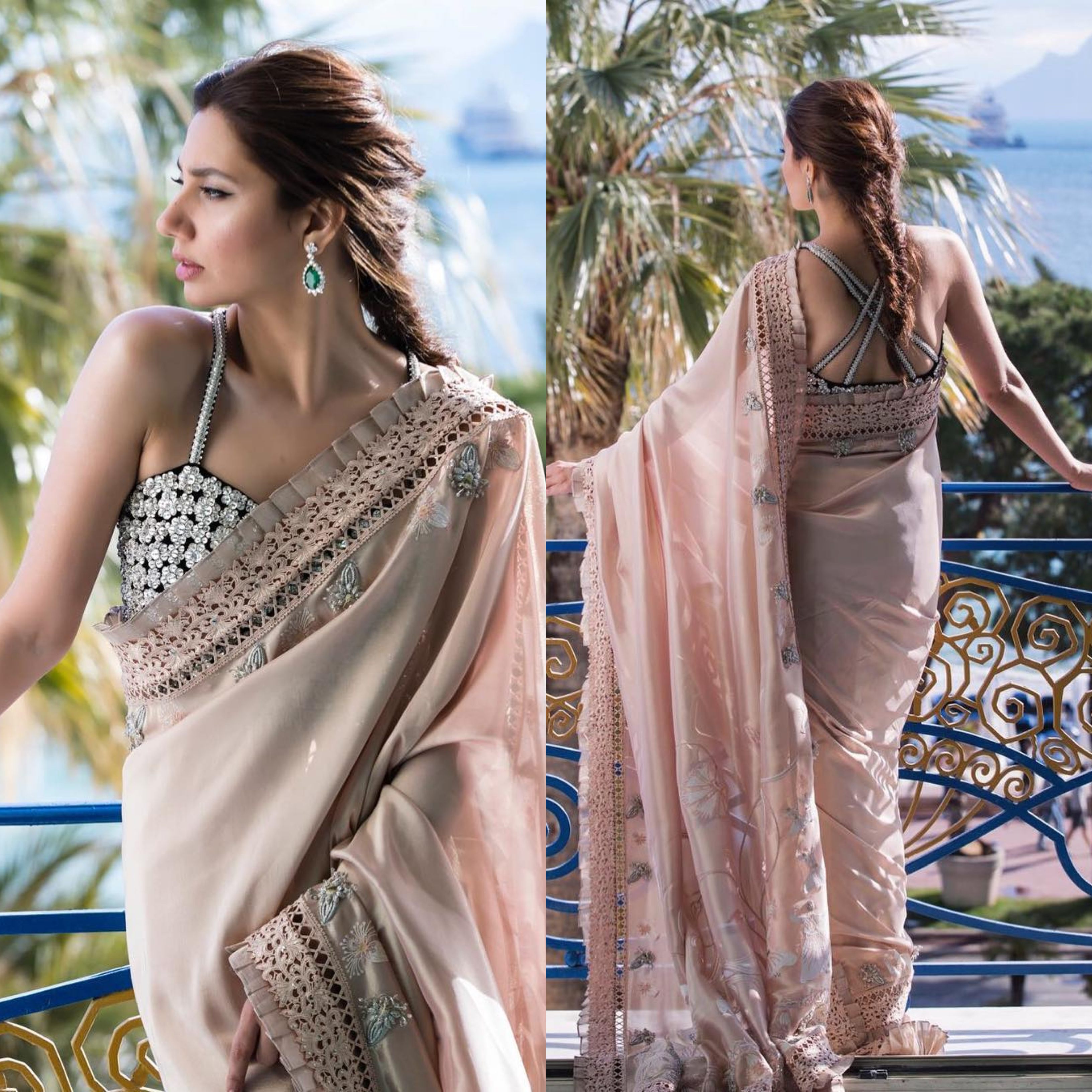 It was a proud moment for Pakistan when Khan attended the prestigious Cannes Film Festival in France last year. Not only that, she looked simply ethereal in this Menahel and Mehreen number – perfect if you’re looking for wedding season ideas.

Let’s hear it for New York! 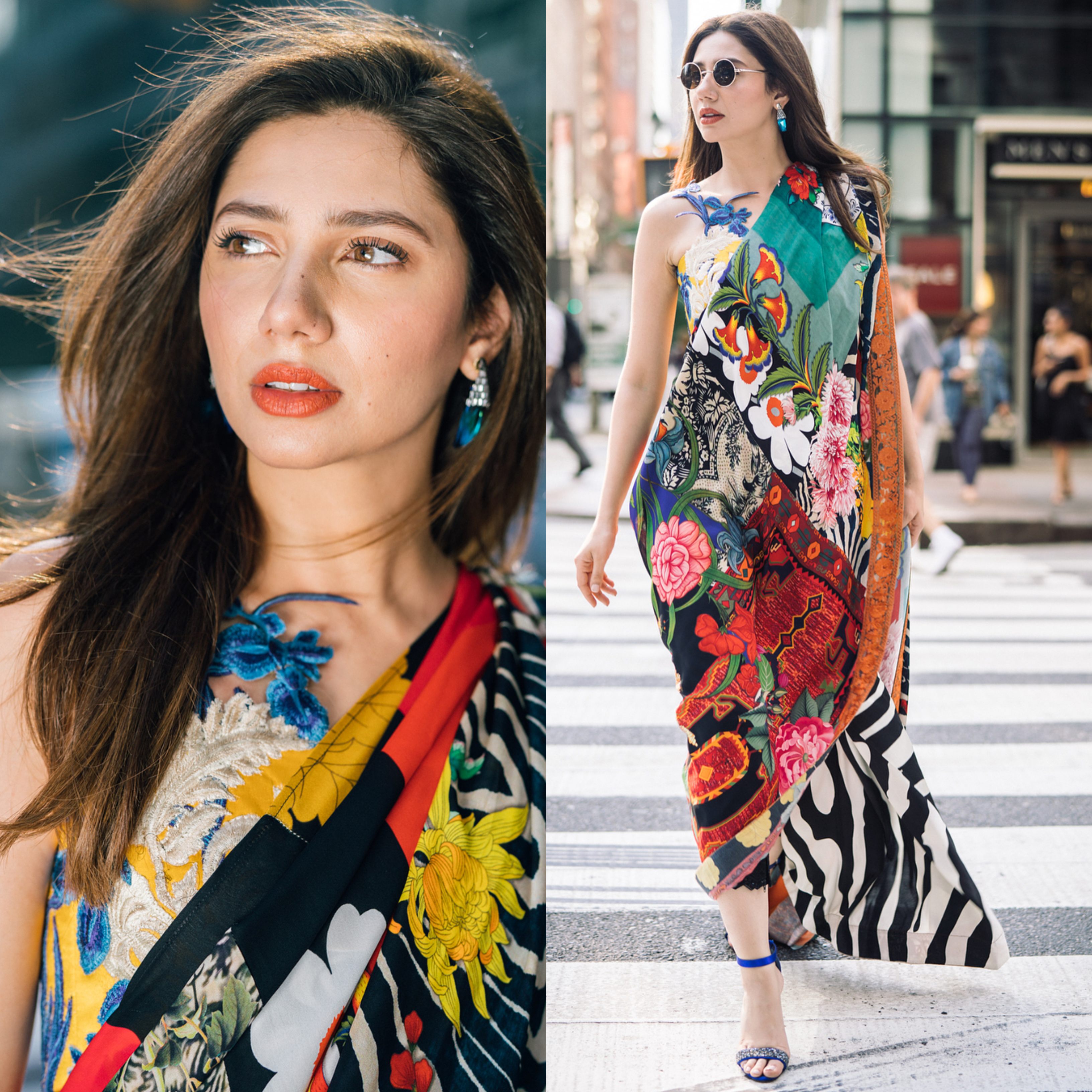 We are starting to see Khan experiment with colours and designs nowadays. Stepping it up in a Sana Safinaz creation, she let New York know that a desi girl has come to the big city in this exotic outfit. 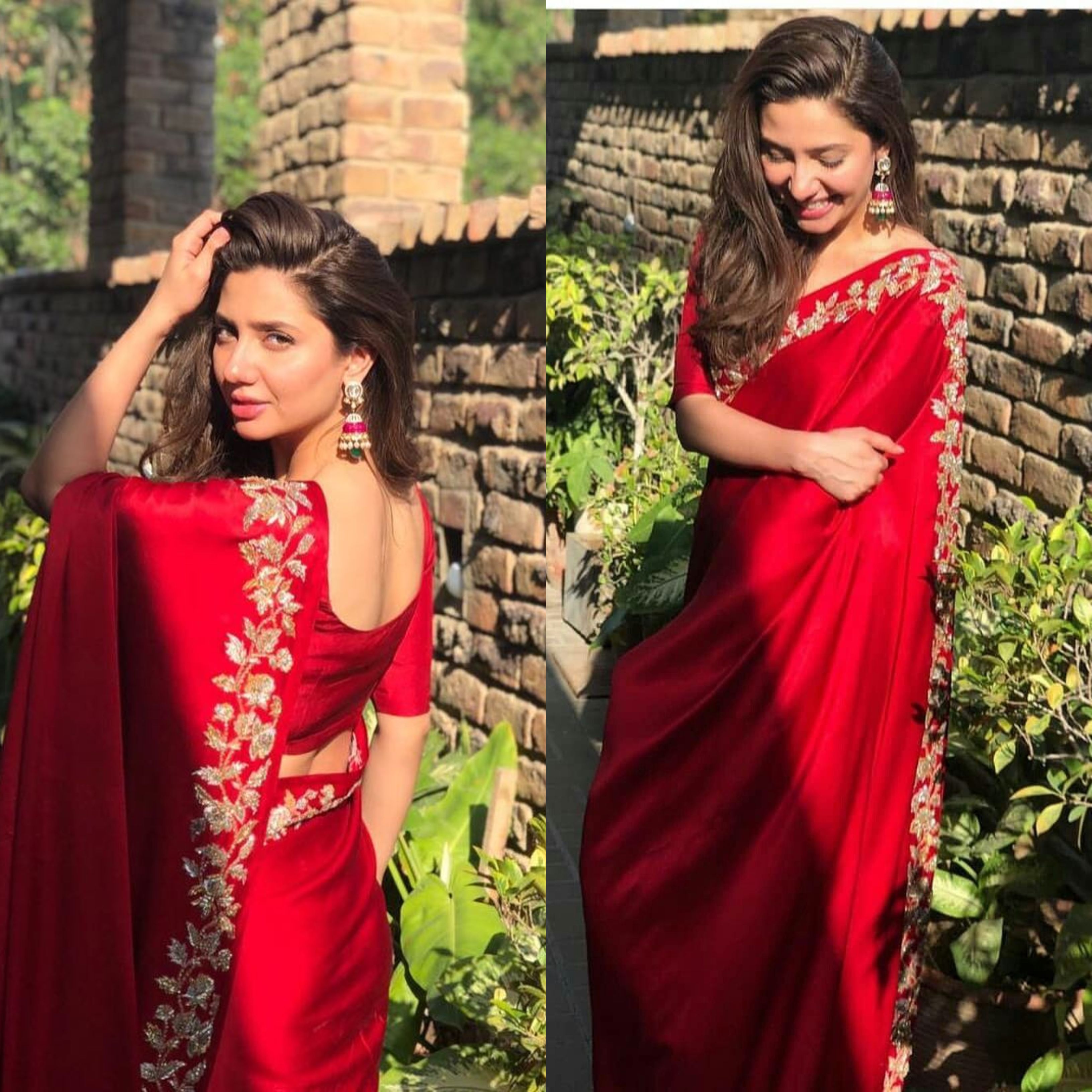 Oh, hello, lady in red! Khan brought in the new year by stunning us all in this silky Nida Azwer number. We just love that shade of red on her! 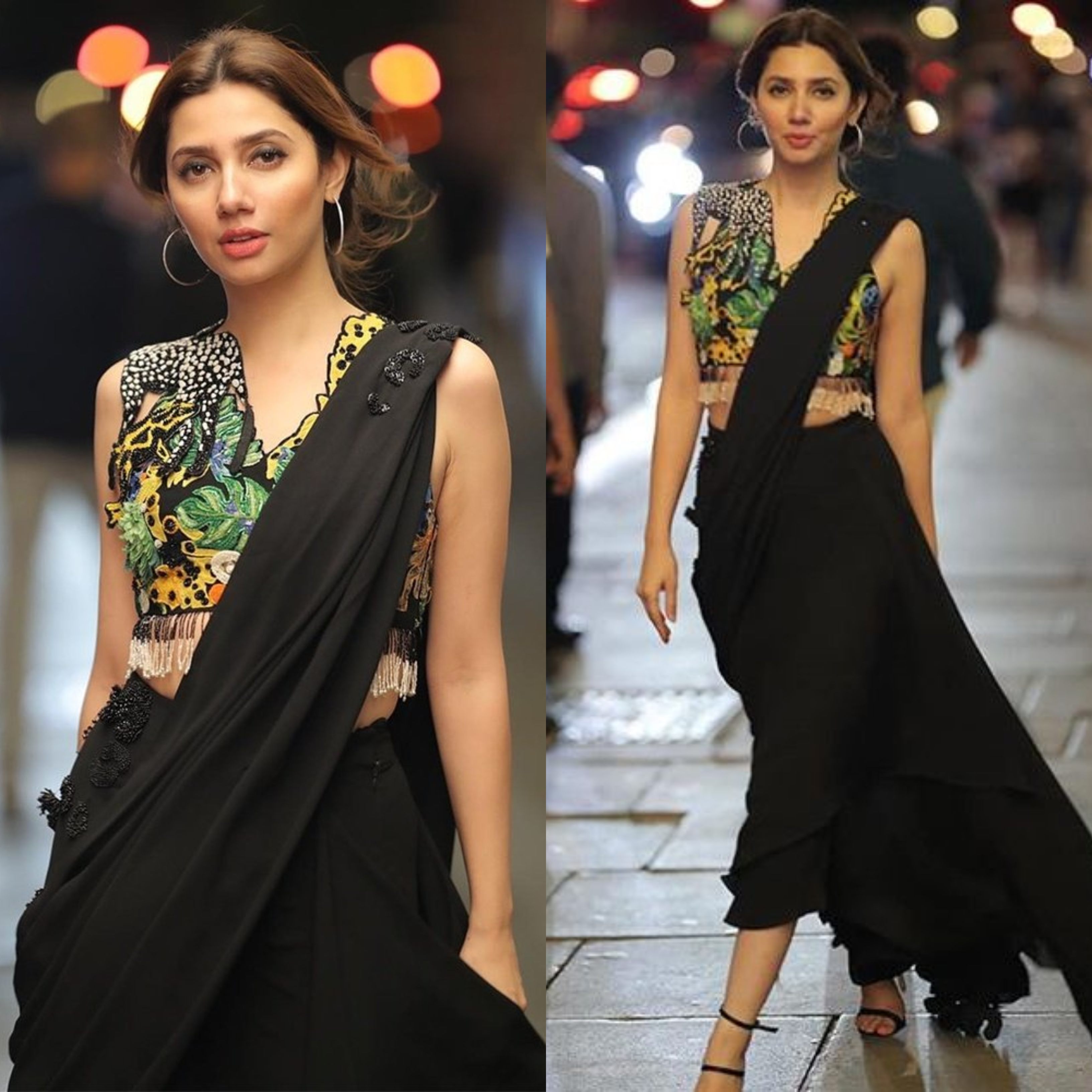 The streets of London never looked so good until Khan put a confident step forward in this Zaha look. Experimenting with Eastern and Western elements, she created a jungle fusion that we couldn’t get enough of. What a funky way to wear a sari! 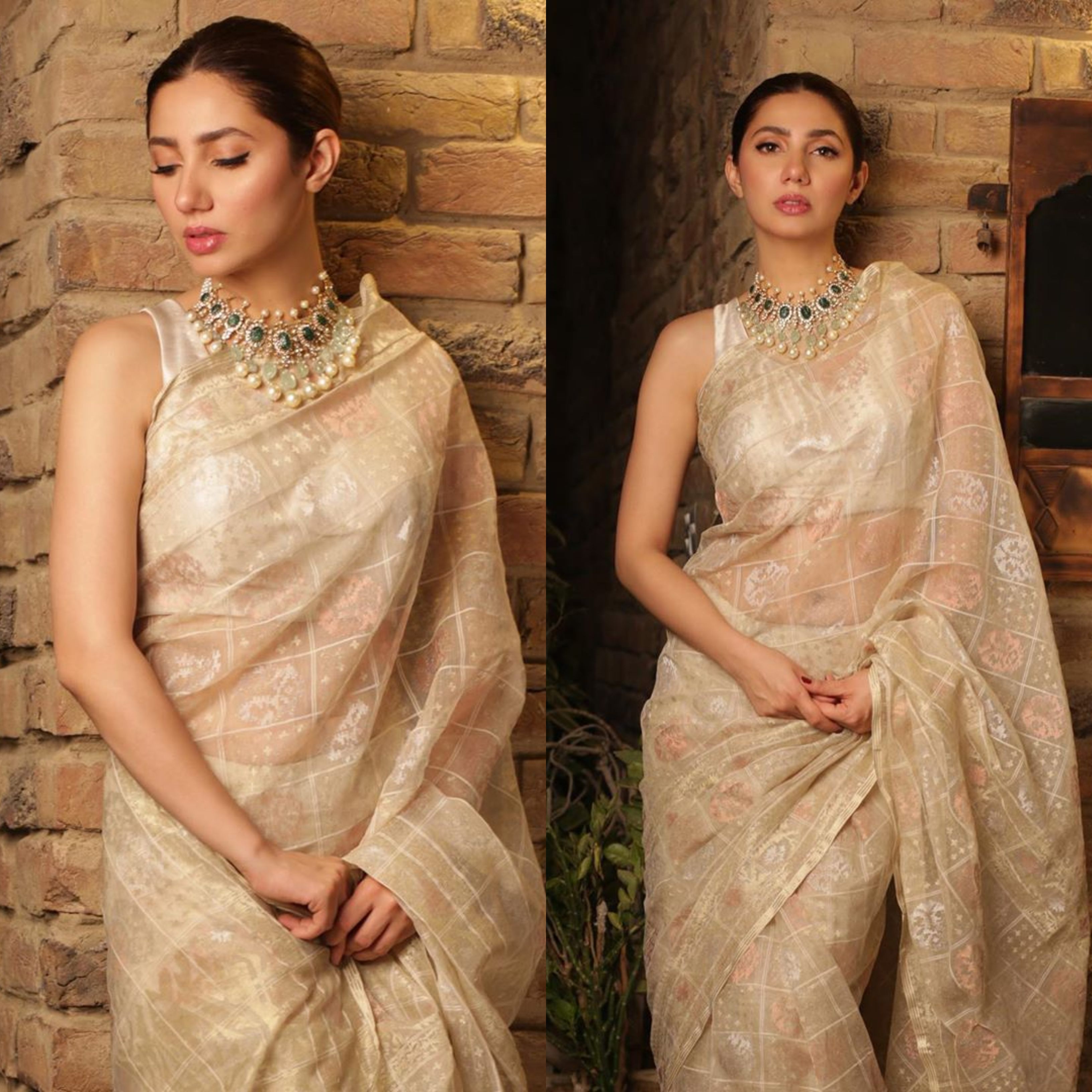 During the promotions of Superstar in July this year, Mahira showed off true regality in this sari creation. Let’s just say she promoted herself from desi princess to desi queen with this refined sari. 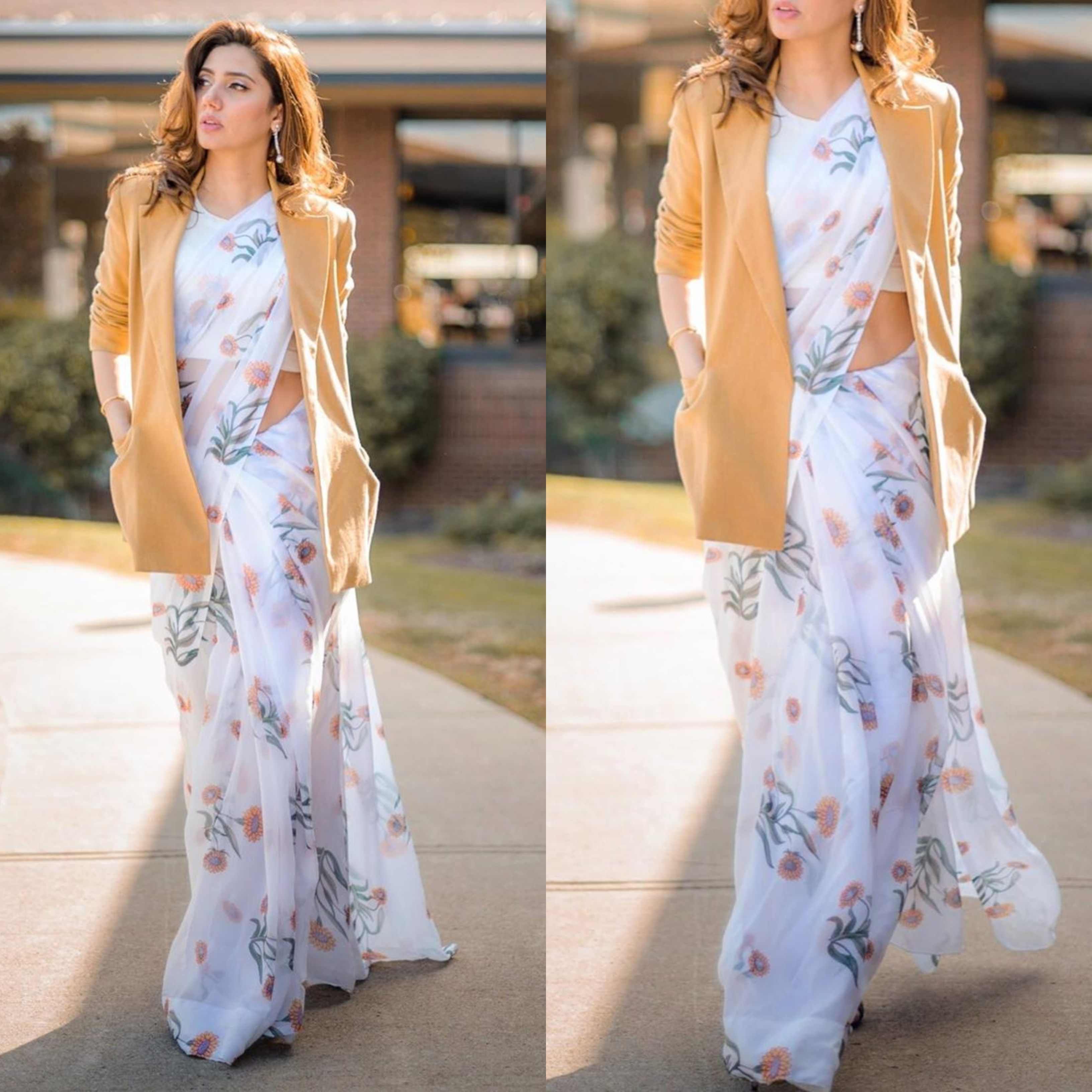 Khan captioned this as ‘the sari that had her heart.’ We can say the Rehmat Ajmal number certainly seemed to capture the essence of understated elegance. And that beige blazer just added the extra touch.

Last but not the least 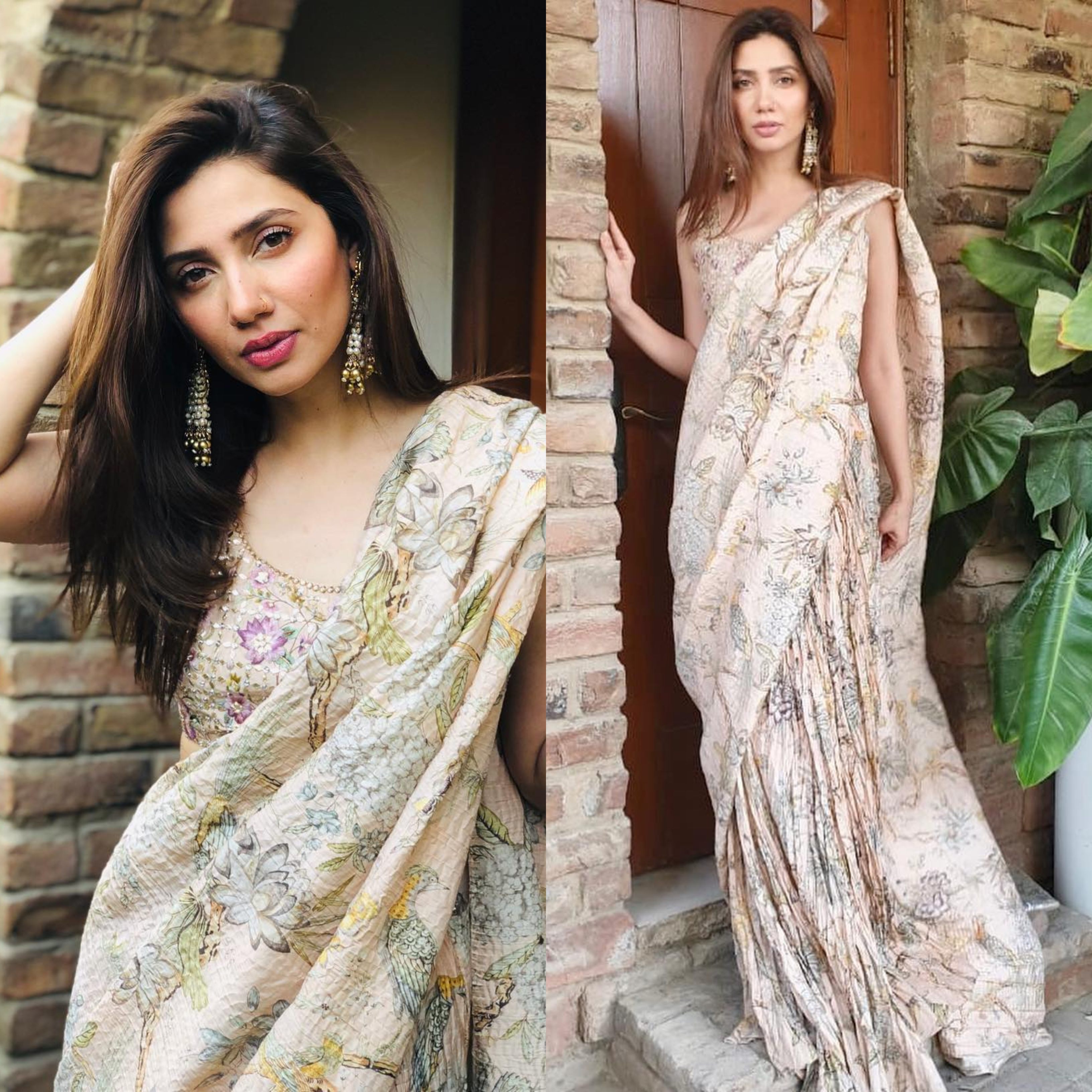 We also adored this demure Sania Maskatiya creation. “When in doubt, wear a sari,” Khan captioned the picture. We have to say, we agree! Doesn’t she simply shine in the traditional sari?