More than 1,000 people in Azad Kashmi­r on Wednes­day demand­ed a role in the latest round of peace talks.
By Roshan Mughal
Published: July 14, 2011
Tweet Email 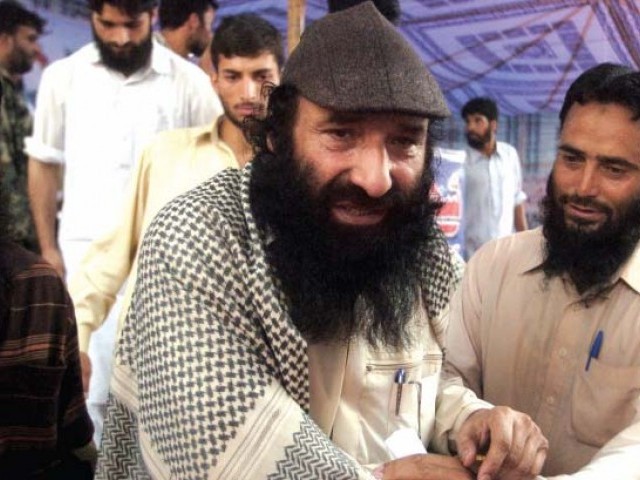 More than 1,000 people in Azad Kashmir on Wednesday demanded a role in the latest round of peace talks between India and Pakistan.

Activists from jihadi groups rallied in Muzaffarabad on Kashmir Martyrs Day and called for holy war against India.

“Talks between India and Pakistan will be in vain without Kashmiri representation,” said Syed Salahuddin, head of the Hizbul-Mujahedin.”

Salahuddin said that Kashmiri Mujahideen were fighting a war for Pakistan’s survival and demanded
the government to immediately review its policy and adopt a strong stance on Kashmir.

Demonstrations were taken out in major cities and towns across Azad Jammu and Kashmir against India to mark the day which started with special prayers for martyrs of the Kashmir liberation struggle. Kashmiris residing in the bifurcated territory as well as across the world observe July 13 as Yaum-e- Shuhada-e-Kashmir in remembrance of the people martyred by Maharaja Dogra’s forces on July 13, 1931.