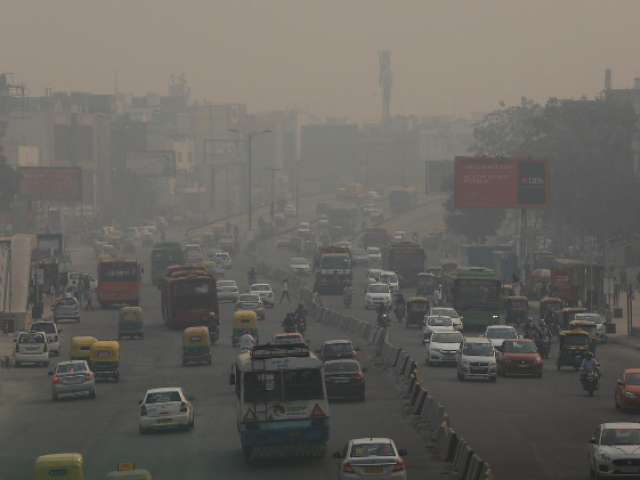 KARACHI: As climate change worsens the world over, the Sindh Environmental Protection Agency (SEPA) has failed to take notice of several federal organisations which have contaminated the environment.

Authorised for environmental protection in the province, SEPA had previously warned all industrial associations of Karachi about the consequences of not installing Combined Effluent Treatment Plants (CETPs) to curb environmental pollution. The oversights of federal institutions, however, have not ruffled SEPA’s feathers as yet.

As per the Sindh Environmental Protection Act of 2014, it is mandatory to acquire environmental permits from SEPA before initiating any kind of private, government, semi-government, semi-private or private developmental projects in the province. But according to an inside source, most federal projects tend to bypass this law and proceed without SEPA’s permit even though the penalty of getting caught means direct closure of the project.

“SEPA officers know what’s going on but they tend to avoid taking legal action against the federal institutions over violation of the environmental laws and rather dismiss the issue after trivial paperwork.”

The Karachi Port Trust, Port Qasim Authority, Civil Aviation Authority and the Defence Housing Authority are among the federal organisations that have failed to obtain SEPA’s environmental permit to date for schemes they are developing. SEPA records reveal that many existing housing schemes, including DHA Phase 8 and 9, Bahria Town, Fazaia Housing Scheme and New Nazimabad lack the required environmental permits. Various upcoming projects are also being completed without any regard for the Sindh Environmental Protection Act’s protocols.

“Many federal institutions do not even allow SEPA monitoring teams to enter their buildings and also threaten to accuse them of taking bribes should they insist,” shared a Senior SEPA Technical Officer with The Express Tribune on condition of anonymity.

However, according to the Spokesperson and Advisor of Government of Sindh for Law, Environmental Changes and Coastal Development Murtaza Wahab, it is mandatory for all government, private, semi-government and independent organizations to obey the environmental laws for the society to continue functioning smoothly. Talking about the discrepancies in the system, he said that the law applies indiscriminately to all departments and any department found evading or obstructing a SEPA inspection of their project will have to face the consequences.

“SEPA’s initiative isn’t meant to discourage developmental projects or create hurdles of any kind. It is rather intended to ensure sustainability by protecting the environment and in this regard, we expect full cooperation from all departments as well as greater vigilance in environmental monitoring from the SEPA teams,” Wahab told The Express Tribune.