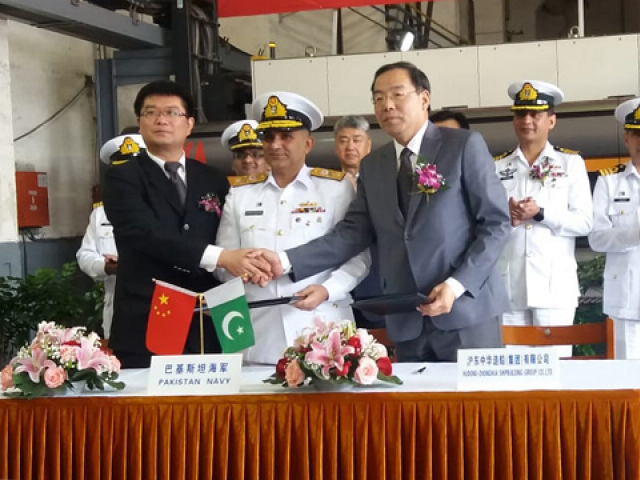 ISLAMABAD: The steel cutting ceremony of two warships being built for Pakistan Navy in China was held at Hudong Zhonghua (HZ) Shipyard on Saturday, sais to a press released by the Pakistan Navy’s Directorate General Public Relations.

The two warships are the Type 054 A/P frigates.

While speaking at the occasion, Commodore Humayun highlighted that this programme is yet another manifestation of time tested and ever growing Pak-China friendship. He also acknowledged the commitment and dedication of CSTC team in this important programme.

“Type-054 A/P ships are the state of the art frigates equipped with modern Surface, Subsurface and Anti air weapons and sensors. Once constructed, these ships will be the most technologically advanced platforms of Pakistan Navy which will strengthen its capability to meet future challenges and maintain peace, stability & power equilibrium in the Indian Ocean Region,” further added the press release.

The ceremony was also attended by officers of Pakistan Navy and representatives and officials of China Shipbuilding Trading Company and Hudong Zhonghua shipyard.

Over 30 Pakistani migrants found in lorry in France