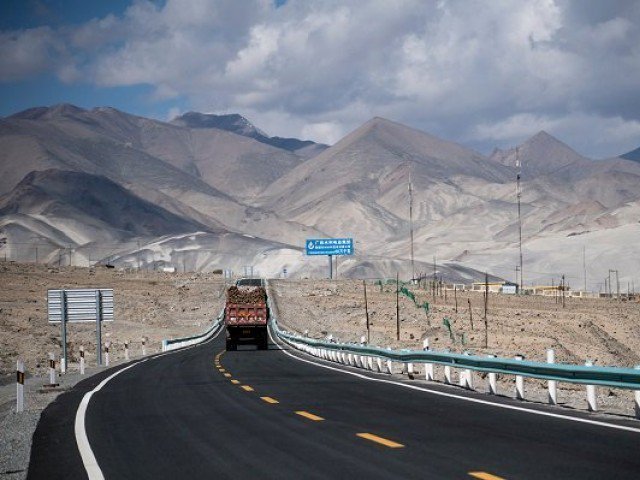 ISLAMABAD: Pakistan decided on Friday to pitch billions of dollars worth of new projects for inclusion in the China-Pakistan Economic Corridor (CPEC) but no major financing and framework agreements were expected to be signed next week.

The new projects that would be placed before the Joint Cooperation Committee (JCC) meeting next week include those on the western route of CPEC, Taunsa hydropower project, Right Bank Chashma project, North South Gas Pipeline project, up-gradation of an oil refinery, road projects of Khyber-Pakhtunkhwa and a Thar block engineering project.

“The size of Pakistan’s economy will grow four times if all these projects are implemented,” claimed Federal Minister for Planning Makhdoom Khusro Bakhtiar while briefing the media about the government’s decisions on CPEC.

He was accompanied by the ministers for railways and power and special assistants to the PM on petroleum and information.

However, a majority of these projects are expected to be referred to the sector-specific joint working groups and expert groups as Pakistani authorities have not done the homework. The government also does not know the exact financing size of the projects at this stage. The Cabinet Committee on CPEC discussed the agenda on Friday and deliberated on the deliverables for the upcoming JCC meeting scheduled to be held on November 6, said Bakhtiar.

He announced a host of new projects that the government wanted to present to the JCC for inclusion in CPEC. When asked about the exact size of new projects and the overall size of CPEC following their inclusion, the planning minister did not provide specific details.

The size of CPEC, initially estimated at $46 billion in 2015, grew over time to $60 billion but the actual value of projects that reached the implementation stage was not more than $28 billion. The 39-month IMF programme has also been a stumbling block in the way of further increasing the size of CPEC.

“The development of Gwadar and projects recommended by provincial governments, proposed projects related to energy, transport infrastructure, water, industrial cooperation and agriculture to be taken to the JCC were discussed in detail,” said the planning minister.

During the meeting, the $9-billion ML-1 railway project was discussed in detail including formation of a high level joint financing expert group to deliberate on loan modalities, said Bakhtiar. When asked whether Pakistan and China would sign a financing agreement of the ML-I, Bakhtiar said that initially, a joint committee would be formed to finalise financing modalities.

The ML-I project is the backbone of CPEC and it is for the first time in 14 years that the project is going to materialize, said Sheikh Rashid Ahmad, Federal Minister for Railways while addressing the press conference. The railways minister said that about 70% population of the country lives around the ML-I track that makes it a perfect project for economic development.

The ML-I project has been facing delays for over four years due to financing constraints. The planning minister appeared cautious and said that the government was cognizant of the implications of the $9-billion project on the country’s debt bearing capacity but hoped that the project implementation would help enhance the size of national economy.

Bakhtiar detailed that on the sidelines of the JCC meeting, Pakistan and China would inaugurate the 300-megawatt Gwadar Power Plant and will also review progress on Gwadar Free Zone. He said that the Gwadar Port Concession Agreement has already been extended to the Gwadar Free Zone.

Work on Rashakai SEZ to start next month

Another deliverable of the JCC meeting was the approval of the Gwadar Master Plan that would also help in the development of coastal areas of Pakistan, said the planning minister.

The $2-billion Karachi Circular Railway would be pitched for Chinese financing but Railways Minister Shaikh Rasheed said that there was still 5-kilometre-long track that could not be cleared from encroachments due to fear of law and order. Rasheed reiterated that the federal government was ready to give alternate land for housing but the houses could only be financed by the Sindh government.

Minister for Power Omar Ayub Khan said that during the JCC meeting, the Pakistan Refinery Limited project would be offered to Chinese investors for its up-gradation. “The North South Gas Pipeline, petrochemical plants and an engineering plant to make diesel from coal at Thar would also be offered to the Chinese,” he said.

The government also plans to offer new gas and oil exploration blocks to the Chinese investors along with the western and European investors.