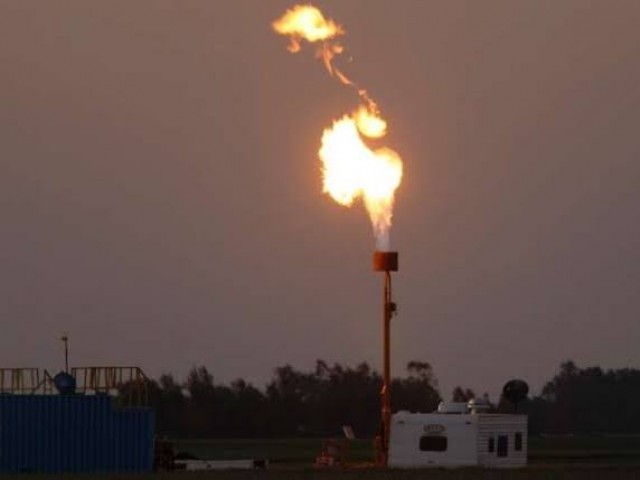 PARIS: The biggest listed oil and gas giants must slash production by more than a third by 2040 to keep emissions within targets laid out in the landmark Paris climate deal, an industry watchdog said on Friday.

Climate Tracker, a Britain-based think tank, said that current rates of emissions from the energy majors would see the world’s carbon budgets surpassed within decades due to an inexorable rise in oil and gas output.

The 2015 Paris deal enjoins nations to limit temperature rises to “well below” two degrees Celsius (3.6 Farenheit) and to a safer cap of 1.5C if at all possible.

In order to hit these targets, the world must undergo a drastic drawdown in emissions of planet warming greenhouse gases.

Because carbon dioxide contributes to global warming at a known and predictable rate, scientists can calculate Earth’s “carbon budget” for a range of temperature rise scenarios.

Carbon Tracker estimated that a current emissions rates — and emissions are still rising annually — the carbon budget for a 1.5C temperature rise will be exceeded in 13 years.

For 1.75C — already a level deemed far from safe by the world’s leading scientists — that budget gets exceeded in 24 years, according to the watchdog.

It used the International Energy Association’s BD2S climate scenario to predict a rise of 1.6C, then compared that to data assessing the emissions trajectories of major oil and gas projects. The analysis showed that the listed majors on average needed to cut production by 35 percent within two decades to stick to the 1.6-C path.

“There’s a finite limit for any carbon that can be released for any given level of global warming and that implies that if we are going to have a good result under Paris or any other climate target, fossil fuel production is going to need to shrink,” Andrew Grant, senior oil and gas analyst at Carbon Tracker, told AFP.

“While companies may all say they support Paris — whatever that means — they still plan to keep producing more oil, gas and coal.”

The study found that the needed production cuts varied significantly between companies.

ConocoPhillips, a US petrol giant, faces cuts of 85% by 2040, whereas British-Dutch major Shell would only need a reduction of 10%, it said.

A ConocoPhillips statement to AFP said it “continue(s) to manage GHG emissions in our operations and to integrate climate change-related activities and goals into our business planning.”

A Shell spokeswoman said the company did not make production projections.

“What we have been clear about already, however, is our ambition to reduce our net carbon footprint, and have introduced short-term targets against which we will measure progress,” she told AFP.

Most listed energy firms insist their business plans are in line with the Paris climate goals.

“At the same time as reducing that intensity they are getting bigger and want to produce more fuel,” said Grant.

The report found ExxonMobil faces a 55% production cut to stay on course for the Paris climate targets. Italian giant ENI and Chevron face 40% and 35% reductions respectively, it found.

A Chevron spokesperson told AFP “we are taking action to address climate change by lowering the company’s carbon intensity, increasing our use of renewable energy and investing in breakthrough technologies.”

An ENI spokesman said it was undertaking “material actions to reduce our carbon footprint”, in particular a commitment to reduce its assets’ carbon intensity by 43% by 2025.