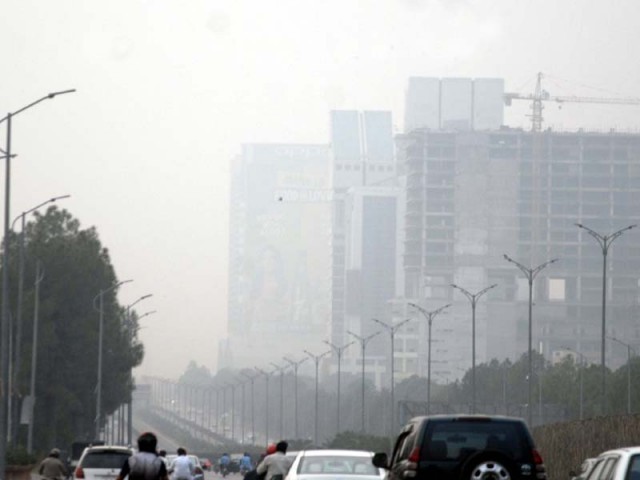 A view of smog in Islamabad. PHOTO/EXPRESS

ISLAMABAD: The ambient air quality of the federal capital has been recorded unhealthy with above permissible ratio of environmental pollutants.

The hazardous pollutants of particulate matter of 2.5 microns has exceeded the World Health Organization (WHO) and National Environmental Quality Standards (NEQS) standards as the ambient air quality is recorded worse in the federal capital.

According to air quality report released by Pakistan Environmental Protection Agency (EPA), the particulate matter of 2.5 microns (PM2.5) have not only exceeded the National Environmental Quality Standards (NEQS) of 35 micrograms per meter cube (mg/m³) rather also the WHO fine particulate matter of 2.5 microns 24 hours mean of 20 micrograms per meter cube.

PM 2.5 had been found hazardous pollutant which could penetrate into human blood through lungs cells.