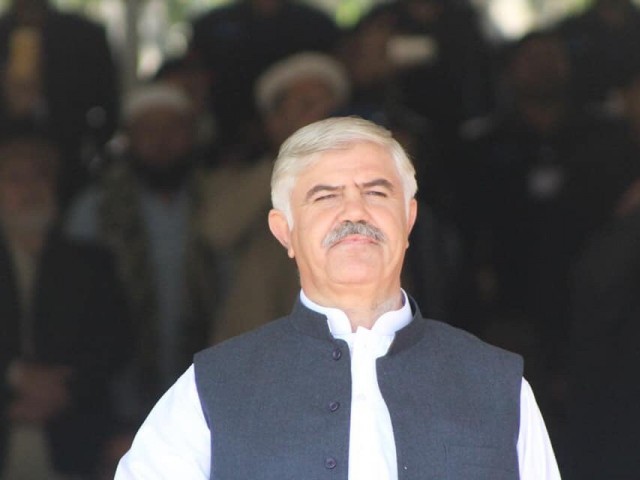 PESHAWAR: The provincial government on Wednesday directed administrations of the newly-merged tribal districts (NMTDs) to take immediate measures to identify and acquire land for setting up social welfare complexes in these areas apart from allocating resources for the creation of livelihood opportunities for specially-abled people of NMTDs.

This was directed by Khyber-Pakhtunkhwa (K-P) Chief Minister Mahmood Khan on Wednesday as he presided over a progress review meeting of the K-P Social Welfare Department at the Chief Minister House in Peshawar.

During the meeting, the chief minister was briefed about eight priority projects which the social welfare department is working on. In this regard, the meeting was told that eight Panagahs (shelters) have been set up in different divisional headquarters of the province while work on setting up shelters in Wana and Khyber is in progress.

However, Mahmood was told that the federal government through the planning and development department has been requested to provide additional resources for the shelters.

The chief minister urged the need to ensure that the shelters in Peshawar in other divisional headquarters work around the clock and are adequately supervised apart from gradually improving their performance.

The CM was told that a database of senior citizens was being prepared and so far 785,000 senior citizens have been registered. Moreover, a special counter has been set up at the Lady Reading Hospital (LRH) which exclusively serves senior citizens.

Further, instructions have been issued to the chief executive officers of all Medical Teaching Institutes (MTIs) and district headquarters hospitals for the establishment of special counters.

To tackle the rising number of beggars, Mahmood indicated that the government is working on introducing a vagrancy law in the provincial assembly to provide social security to beggars apart from acting against professional beggars.

Once the draft bill has been signed into law, action against professional beggars will be initiated through district governments.

Moreover, the government is working to expand Zamung Kor — model institutes for orphan children — to the divisional headquarters and a project concept-I (PC-I) for this non-Annual Development Programme (ADP) scheme is ready. Further, child protection units are also being established in all divisional headquarters, including in NMTDs.

A child protection helpline — 1121 — has been set up at the provincial level and two kiosks have been established.

On the detoxification and rehabilitation of drug addicts, it was disclosed that facilities for both will be available under a single roof in all divisional headquarters.

Moreover, these rehabilitation centres will offer vocational training in tailoring and other skills to allow rehabilitated drug addicts to either acquire employment or even set up their businesses.