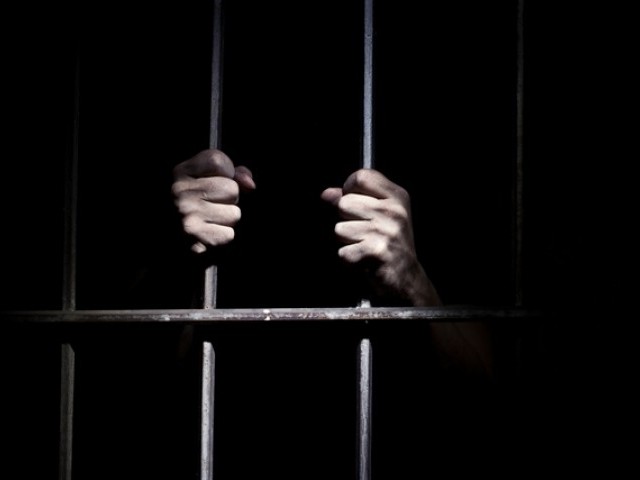 KARACHI: The Sindh High Court rejected the appeals of two convicts on Wednesday against the death sentence awarded to them in a murder case.

According to police, the convicts, Azhar Hussain and Saddam Kakar, associated with the Awami National Party, gunned down Abdur Rehman at MA Jinnah Road in December 2012 while their accomplices fled from the scene. Finding them guilty, an anti-terrorism court (ATC) had sentenced them to death.

The petitioner maintained that according to the Cantonments Act 1924, eight cantonment boards of Sindh do not fall under the jurisdiction of the local government. He prayed to the court to direct the boards to make efforts to control stray dogs.

The court issued notices to the relevant authorities and directed the CEOs of all cantonment boards to submit their replies by November 7 and mention the measures they have taken thus far.

The same bench sought a report from the assistant commissioner about the sale of milk at inflated prices while hearing the contempt of court plea filed in this regard against the relevant authorities.

Petitioner Imran Shehzad maintained that the court had ordered that milk only be sold at the official rate, set by the government at Rs94 per litre. However, retailers in Karachi are selling milk at inflated prices, he said. He prayed the court that action be taken against the All Karachi Milk Retailers Association as milk is being sold for Rs110 per litre in most areas.

The court sought a report from the assistant commissioner on the action taken against the sale of milk at inflated prices by November 12.

Meanwhile, a two-member bench comprising Justice Muhammad Iqbal Kalhoro and Justice Zulfiqar Ahmed Khan sought arguments from the lawyers of the parties on the cancellation of bail of former Malir SSP Rao Anwar and other accused in the Naqeebullah murder case.

The plea maintained that the bails of Anwar and others should be cancelled as the trial court had ignored major legal aspects when granting bail.

The court adjourned the hearing due to the absence of the petitioner’s counsel while seeking arguments from the parties’ counsel on November 13.

The same bench adjourned the hearing of the plea filed against those officials resuming their posts at Qasr-e-Naz guest house who were liable for negligence which resulted in the deaths of five minors and their aunt.

The plea stated that the court should order a departmental inquiry against the 14 accused government employees, including Public Works Department Director-General Nadeem Akhtar, Chief Engineer Hussain Dodani, Chief Executive Engineer Heer Nand, Zakir Hussain, Mehram Hussain Brohi, Sajid Hussain and others. According to the petitioner, the accused were negligent and careless in their duties.

The petitioner prayed the court that these government employees be suspended until the completion of the inquiry of the incident and then dismissed from their posts. The petition stated that aluminum phosphate was used in the room which was allotted to Faisal Zaman despite it having been declared injurious for health by the Sindh Environmental Protection Agency (SEPA). Innocent lives were lost due to the negligence of these officials, it said.

“This is a criminal case and the challan has been submitted. How can we interfere in this situation,” remarked the bench.

The petitioner’s counsel argued that this is a matter of public interest. He maintained that it would be dangerous for other citizens if these officials were to resume their posts.

The court asked the counsel to satisfy the court with arguments on how the court could interfere in a criminal case.

The hearing was adjourned indefinitely.

Meanwhile, a two-member bench comprising Justice Muhammad Iqbal Kalhoro and Justice Zulfiqar Ahmed Khan asked the federal government for its policy on the provision of security to very important persons (VIPs). The bench was hearing the plea pertaining to the provision of security for Pakistan Peoples Party (PPP) Chairperson Bilawal Bhutto Zardari.

The petitioner’s counsel argued that Bilawal faced security threats while threats of Bilawal House being bombed had also been received.

The bench inquired about the status of Bilawal’s security. “How many mobile vans have been provided,” asked the bench.

The petitioner’s counsel maintained that the provincial government had provided complete security to Bilawal but the Centre was not cooperating. Bilawal travels in the entire country and is facing security threats, he said.

“Isn’t security provided to him when he travels to Multan,” asked the bench.

The deputy attorney general maintained that the provincial government was responsible for providing security after the 18th Amendment.

The court remarked that the Centre should specify what its policy is for the provision of security to VIPs in other provinces.

The court sought the Centre’s policy on the matter and a report from the federal government on the security threats to Bilawal.

Meanwhile, a two-member bench comprising Justice Syed Hassan Azhar Rizvi and Justice Mrs Kausar Sultana Hussain maintained the stay order on illegal construction in parks while directing the parties’ counsel to prepare arguments for the next hearing of the plea filed by former city nazim Naimatullah Khan against the illegal occupation in Karachi’s parks.

The petitioner’s counsel maintained that a political party has illegally occupied parks in Karachi and has established its offices in parks. He argued that encroachments from parks should be removed and parks should be opened for public.

The court maintained the stay order against illegal constructions in parks and directed that no encroachments be established in parks. The hearing was adjourned for two weeks and the lawyers of parties were directed to prepare arguments.

100 inspectors promoted to rank of DSP