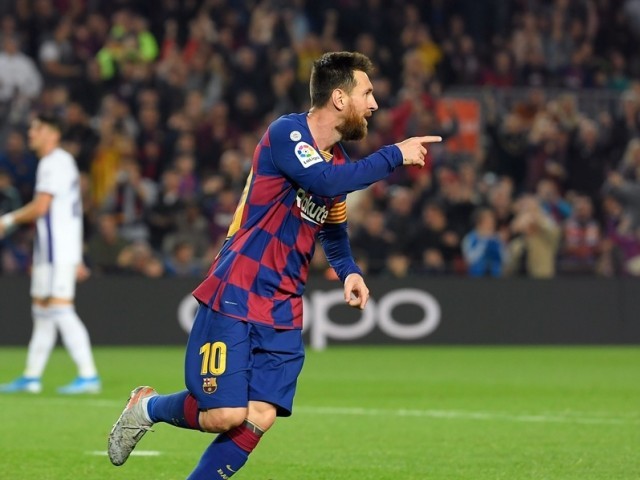 Barcelona star Lionel Messi has opened up about his appreciation for another player and many believed he would name his former teammate Ronaldinho or Argentinian legend Diego Maradona.

However, he has named a Brazilian who he thinks was the best player he has ever seen kick the ball.

Ronaldo Nazario is Messi’s selection for the ‘best’ striker in the world.

“Ronaldo Nazario was a phenomenom. Of all the strikers I have seen, for me he was the best. An impressive player from any aspect,” Messi told TyC Sports.

But he didn’t downplay the role Ronaldinho had on him during his early days with Barcelona.

“He helped me a lot. I came into the dressing room at 16-years-old. Doing so and seeing all these greats was difficult. He took me under his wing, he made me feel comfortable, so that I let go,” Messi declared.

Ernesto Valverde has no words for Lionel Messi pic.twitter.com/C0EglFGOGe

“On the pitch I was always looking for him. We played for a few years together. In this era I didn’t play much. I would have liked to play a lot more with him,” the Argentine spoke, showing how eternally grateful he was to Ronaldinho.