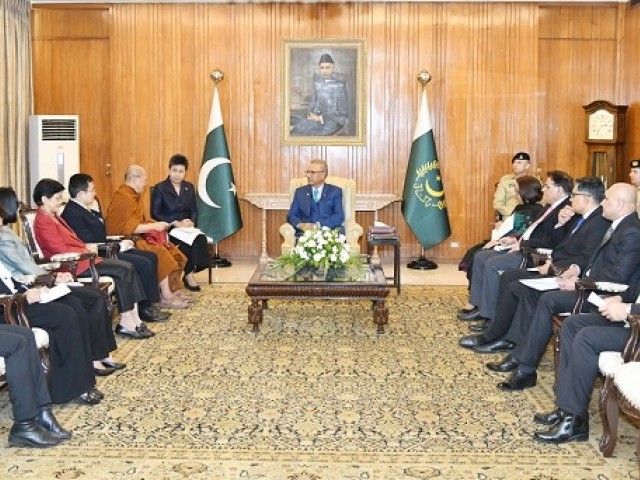 ISLAMABAD: Pakistan is making efforts to increase religious tourism in the country with the common message of peace, harmony, and understanding among all religions.

This was stated by Foreign Secretary Sohail Mahmood in a meeting with The Most Venerable Arayawangso, a distinguished Buddhist monk from Thailand, who is in Pakistan on a five-day visit.

Mahmood dilated upon Pakistan’s Buddhist heritage, Pakistan-Thailand relations over the past several decades, and the importance of strengthening academic and scholarly links between the two countries. 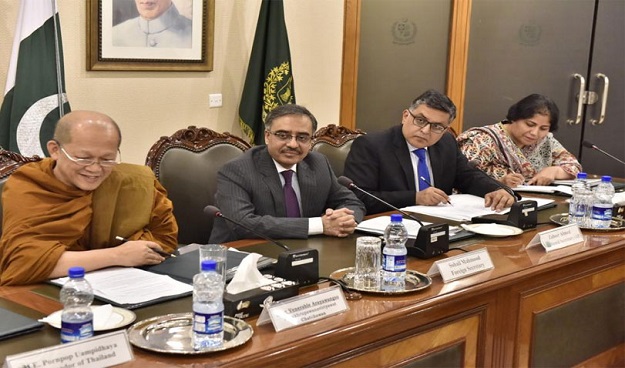 He expressed the hope that the visit would help promote people-to-people contact and spiritual linkages between Pakistan and Thailand that go back to the time of the Gandhara civilisation.

“Pakistan is proud of its multicultural heritage, which has been assiduously preserved and promoted as the shared heritage of mankind,” said the foreign secretary.

The Buddhist leader appreciated the hospitality of Pakistan’s government and hoped that the visit would encourage tourists from Thailand and other countries to visit Pakistan and study its Buddhist heritage and Gandhara civilisation.

He also shared ideas on ways to raise awareness about the richness of Pakistan’s cultural heritage and bringing the two peoples closer through academic and scholarly research.

Arayawangso and a 15-member delegation from Thailand arrived in Pakistan on October 28 and will be here till November 1. They will visit Gandhara heritage sites in Pakistan.