Projec­t will help link southe­rn areas of the provin­ce with major commun­icatio­n routes­
By ​ Our Correspondent
Published: October 30, 2019
Tweet Email 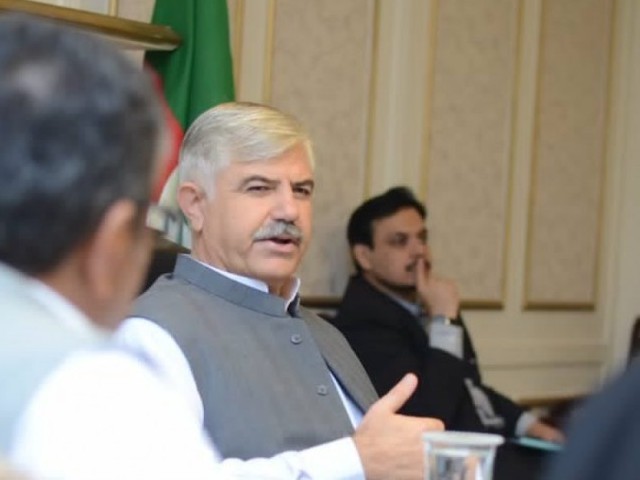 PESHAWAR: Khyber Pakhtunkhwa Chief Minister Mahmood Khan revealed that consultant has been hired and mobilised to conduct survey for Peshawar to DI Khan Expressway which will be completed by January 2020.

The project will help in linking southern belt of the province with major communication routes, promote tourism and trade and will also help in promoting industrialisation in the province.

CM Mahmood stated that Daraband Economic Zone in Dera Ismail Khan will help in the development of the southern districts along with providing local residents with livelihood opportunities.

Industrialisation is of paramount importance for the provincial government to eradicate unemployment, provide livelihood opportunities and established economic sustainability of the province.

While briefing the chief minister regarding progress on Insaf Rozgar scheme in the Newly Merged Tribal Districts, officials said that 7,257 forms have been received till 30th September of the on-going year and loans worth Rs129.68 million have already been disbursed under the scheme.

CM directed authorities concerned to speed up the revision and approval process for the Insaf Rozgar Scheme so that maximum number of youth from the tribal districts may be provided with loans for starting businesses. Officials informed the chief minister that the development agreement for Rashakai Economic Zone will be completed in the next 10 days whereas the advertisement for tender process has already been completed and evaluation of prequalification is in process.

The PC-1 for land acquisition and approach roads for Buner Marble City has already been submitted for approval.

The chief minister directed to finalise the modalities for supply of electricity and gas to Rashakai Economic Zone on priority basis, further directing the concerned departments to work on extending the wheeling of provincially generated electricity to industrial units. The initiative will have two folded benefits in which cheap electricity will be provided to industries which will help in reducing the production cost thereby attracting investors. The wheeling regime will also help in increasing provincial revenue.

With regards to Swat Economic Zone, the chief minister directed to ensure the timely transfer of land to Economic Zones Development and Management Company (EZDMC) adding that the present government is committed to inaugurate one development project in the Economic Zone sector every four months.

The chief minister also directed to expedite work on establishment of Mohmand Marble Industrial Zone and Buner Marble City stating that completion of the projects will not only channelise the marble industry of the province but will also help in reduction of environmental pollution tremendously.