Says direct­ions have been given to ensure facili­ties in all three hospit­als
By ​ Our Correspondent
Published: October 30, 2019
Tweet Email 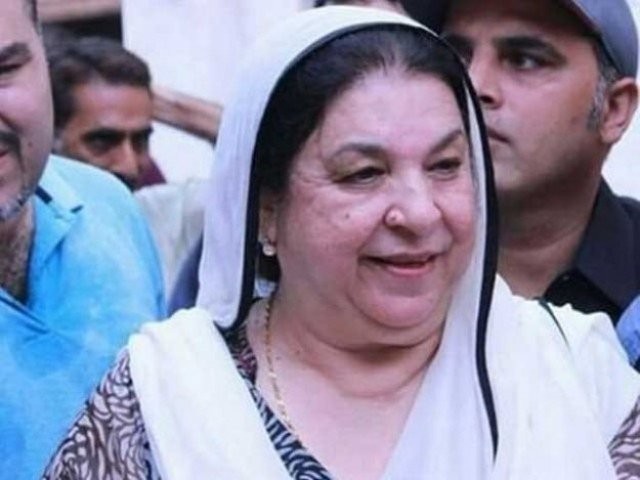 RAWALPINDI: Provincial Minister for Health Dr Yasmin Rashid said that a budget of Rs 6.5 billion has been allocated for allied hospitals in Rawalpindi.

While chairing a meeting in Rawalpindi on Tuesday in which Vice-Chancellor (VC) Rawalpindi Medical University (RMU) Dr Muhammad Umar and other related officials participated, the minister said that the government was committed for provision of better health and education facilities to the people. She expressed that the budget would be utilised for the purpose it had been allocated in a transparent manner and accused the previous governments of utilising hospitals’ budgets for other purposes.

She added that directions have been given to ensure facilities of beds, furniture, and healthcare in all three allied hospitals. Dr Rashid asserted that more than 72,000 dengue patients received treatment in the hospitals during ongoing dengue season but nobody complained about lack of facilities.

The minister directed to start a short para-medical course in allied hospitals for training people.

She added that the government recruited 26,000 para-medical staff in the hospitals across the province on merit along with filling 1,000 vacancies of doctors.

On the outset of the meeting, DC Rawalpindi Saifullah Dogar presented a detailed report on anti-virus measures in the meeting.

The minister directed the district administration to converge its focus on the provision of healthcare facilities to dengue patients. The minister emphasized that all stakeholders should work together to get rid of the dengue virus. She added that the dengue patients in allied hospital were being taken care of in a satisfactory manner and directed all commissioners and DCs to personally monitor ongoing campaign. The minister urged citizens to keep their houses and offices clean.

The dengue mosquito continues to take lives as another patient succumbed to the virus on Tuesday, taking the death toll in twin cities to 59.

The 50-year-old Hifzan Bibi hailing from Haji Camp area was the latest fatality reported by Holy Family Hospital (HFH) while her body was handed over to her family after carrying out formalities.

Meanwhile, as many as 81 patients were found infected with curable virus over the past 24-hours after which the collective figure in garrison town has increased to 10,301.

With the aim at combating the deadly disease, the anti-dengue campaign launched by Rawalpindi Waste Management Company (RWMC) in collaboration with Albayrak was under way to create awareness among citizens about the dengue virus and to motivate the masses to keep their surroundings clean for elimination of such fatal virus.

According to a spokesman, the communication teams Tuesday setup a camp at Rawal Road and distributed pamphlets inscribed with key messages and information about the precautionary measures against dengue larvae.

Katrina Kaif, Vicky Kaushal could be Bollywood’s next ‘it’ couple