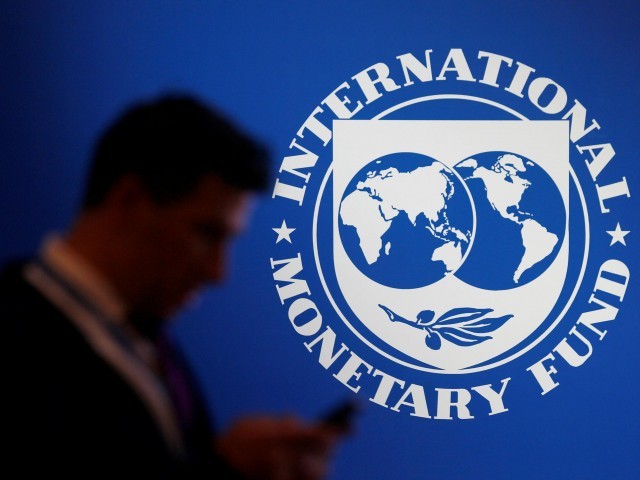 ISLAMABAD: Pakistan has asked the International Monetary Fund (IMF) to ease restrictions on the creation of domestic money for smooth working of the country’s financial system and offset the impact of relatively low foreign inflows.

During ongoing talks, the State Bank of Pakistan (SBP) raised the issue of relaxing the condition of net domestic assets of the central bank, according to people familiar with the discussions.

Pakistan has met the net domestic asset target for the first quarter but future targets are stringent that may create liquidity problems in the banking system, according to sources.

The design of the IMF programme is such that the fund has allowed a significant increase in net foreign assets due to anticipated increase in foreign inflows after signing of a bailout package but has restricted the increase in domestic assets.

Under the IMF programme, the federal government is not allowed to directly borrow from the SBP and its financing needs are met by commercial banks.

In return, the central bank meets commercial banks’ needs by injecting money but stringent net domestic asset targets can create problems for the central bank in ensuring availability of liquidity.

Overall, the ongoing talks between the IMF and Pakistan were expected to progress smoothly except for discussions on federal tax collection and power tariffs, said the sources.

The IMF was not comfortable with the numbers given by the Power Division about the reduction in circular debt and its future path, and prospects of achieving a higher tax collection target by the Federal Board of Revenue (FBR), the sources said.

The first quarter conditions included adding only Rs23 billion to the circular debt, preparing a comprehensive debt reduction plan, collecting Rs1.071 trillion in taxes and paying Rs75 billion in tax refunds. All these targets along with health and education spending targets have been missed.

The IMF mission was looking forward to having a meaningful and productive review by aiming at a forward-looking approach with focus on the adjustments required till March, especially in the power sector, and funding from various bilateral and multilateral sources for boosting Pakistan’s foreign exchange reserves, a finance ministry statement quoted the IMF mission chief Ernesto Ramirez Rigo as saying.

The press release was issued after a meeting between Adviser to Prime Minister on Finance Dr Abdul Hafeez Shaikh and the IMF on Tuesday.

As part of stabilisation policies, Pakistan is implementing tight fiscal and monetary policies, which have hit economic growth. Large-scale manufacturing industries recorded a negative 6% growth in first two months of the current fiscal year. The stabilisation phase is expected to continue but economic managers want certain relaxations so that the economy does not get choked. The IMF programme seeks to divert domestic budget financing to external sources and nearly two-thirds of the deficit financing is projected to come from the external sources.

But due to a low uptick in foreign inflows, there were apprehensions that the financial system could face liquidity problems if base money was not sufficiently created, said the sources.

The IMF staff-level report projected 8.9% increase in net foreign assets in the current fiscal year as against projected negative 6% growth in the previous fiscal year. Compared to this, the net domestic assets, which grew in double digits in the last fiscal year, are projected to grow only 3.2%.

The numbers of net domestic assets will have to undergo changes due to the difference of Rs1.8 trillion between the domestic assets reported in the IMF report and the SBP’s statistics.

The last IMF report showed the SBP’s net domestic assets at Rs8.85 trillion while the central bank data showed it at slightly over Rs7 trillion.

“The containment of current and fiscal deficits and stabilisation of the exchange rate are indicative of the success of government efforts to put the economy on a long-term growth track,” commented Finance Adviser Abdul Hafeez Shaikh while talking to the IMF mission team, led by Rigo, stated the finance ministry.

Shaikh said non-tax revenues had improved significantly while discussions with the IMF on tax revenues were going on.

Shaikh told the visiting mission delegation that Pakistan enjoyed a very cordial relationship with the IMF and it had been further strengthened during his recent visit to Washington where productive meetings and fruitful discussions were held with the senior IMF management.

He said Pakistan valued the IMF support and financial assistance and the prime minister was personally overseeing and monitoring the progress achieved in various sectors of the economy.

Rigo appreciated the positive results being produced by the policies and strategies put in place by the government to remove imbalances in the economy. He said the volatility in exchange rate had been reduced while successes had also been achieved in other areas, especially on the fiscal front, which indicated the government was moving in the right direction.