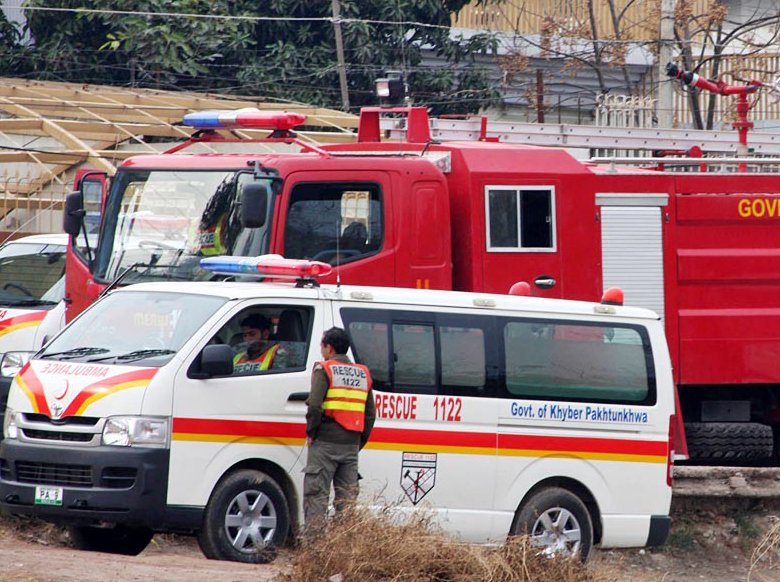 At least 10 international experts have been called in to monitor and evaluate the exercise. During the simulation, the rescue team has only 36 hours to respond to a natural disaster, in this scenario an earthquake, and to travel back after conducting an urban search and rescue operation.

The simulation is meant to evaluate the team’s management, logistics, planning and rescue operations according to the international standards prescribed by INSARAG, an organisation supervised by the United Nations (UN) Office for the Coordination of Humanitarian Affairs (OCHA).

As part of the final exercise, the team was alerted about a “disaster” in Jammu and Kashmir on Monday. The team leader then contacted the National Disaster Management Authority (NDMA) for approval to respond to the call. NDMA forwarded the requisition to the interior ministry.

The Rescue 1122 Headquarters at Thokar Niaz Baig was presented as the “home country” while the Rescue 1122 LOS Building was deemed the border area of the disaster struck country.

Immediately after receiving the alert, the rescue team scrambled to get their documentation in order.

Speaking to The Express Tribune, one of the officials stated that the process was an uphill task as the documents needed each and every minor detail for immigration purposes. “They can vary from the vaccination status of team members to the height, weight, length and nature of the items the team is carrying,” he said.

At the “border area”, the team completed the immigration process before contacting the local emergency management authority for briefing. The team also set up a reception and departure counter to receive other responding teams in order to brief and guide them towards the site of the operations.

Meanwhile, the remaining team members left for the site of the disaster, the Rescue 1122 Headquarters once again, to set up a base camp.

This is where the real part of the exercise began where the team had to locate victims and oversee coordination between the different squads. During this part, the team’s skill in locating, rescuing, evacuating and treating victims will be tested.

Another rescuer highlighted that Rescue 1122 has prepared for the exercise under an international mentor for the past few years. “There are higher chances of success when a team prepares for longer,” he said.

If Rescue 1122 manages to successfully complete this exercise, Pakistan will become the first country in the SAARC region and number 54 in the entire world to achieve this feat. This means that Rescue 1122 can be called in to assist in global disasters.

INSARAG it is a global network of more than 90 countries and organisations. The body deals with urban search and rescue related issues, aiming to establish international standards and methodology for international coordination during emergency response.