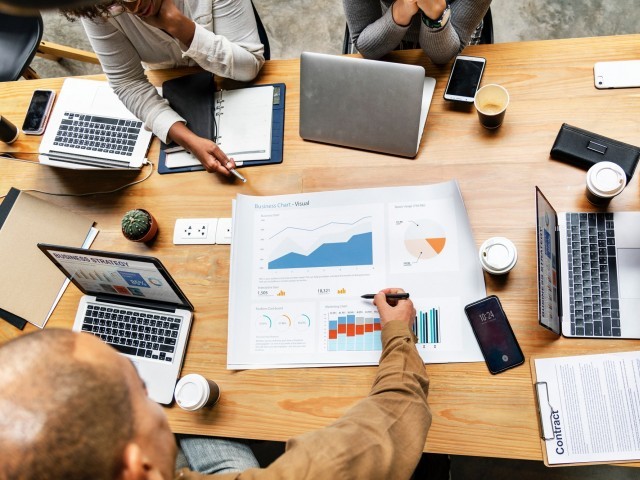 KARACHI: The central bank has painted a bleak economic outlook of the country for the remaining part of the current fiscal year 2019-20, saying the gross domestic product (GDP) growth is likely to remain subdued, while collecting the targeted taxes and containing inflation would remain major challenges during the period.

The State Bank of Pakistan (SBP) in its Annual Report 2018-19 on the State of Economy issued on Monday kept its projection for GDP growth unchanged at 3-4% for FY20 and largely linked the growth with the pattern of development spending allocated at around Rs1.7 trillion under the head of Public Sector Development Programme (PSDP) for the current year.

“Pakistan’s GDP growth and PSDP spending move in the same direction … development spending may play a pivotal role,” the central bank said in the annual report.

Earlier, Adviser to PM on Finance Hafeez Shaikh said the government would make as many cuts in PSDP as the revenue shortfall would be in order to narrow down the challenging fiscal deficit during the year.

“It envisages a sizeable reduction in the (fiscal) deficit, by enhancing revenues and squeezing expenditures,” the SBP said.

It recalled that the GDP growth rate dropped to a nine-year low at 3.3% in the previous fiscal year which ended on June 30, 2019 when the government made a drastic cut in PSDP spending to overcome revenue shortfall.

The PSDP was originally allocated at Rs1.65 trillion for FY19, it was learnt.

The SBP has time and again projected the economic growth at 3.5% compared to the International Monetary Fund’s (IMF) forecast at 2.4% for FY20.

“Macroeconomic stabilisation will continue to be the cornerstone of economic policies during FY20.”

Other triggers might include an improvement in market sentiments vis-à-vis the IMF programme. A better showing by the agriculture sector compared to last year, and a further improvement in the current account balance might also improve the final outcome, it said.

The central bank said it would remain a tough challenge for economic mangers to collect the ambitious revenues in taxes targeted at Rs5.55 trillion in the year that was around 40% higher than the one collected in the previous fiscal year.

“Achieving the ambitious tax collection target in the middle of a broader economic slowdown may present a challenge … the outlook for the fiscal sector, by contrast, is not straightforward,” the central bank said.

“Even if things pan out more or less according to plan, the fiscal deficit may be in the neighbourhood of 7% nevertheless, implying that there will still be some way to go before fiscal consolidation is achieved. That said, the government is expected to make a concerted effort to meet the IMF’s quarterly targets, implying a measure of fiscal discipline,” it said.

The FY20 budget looks to fix the deficiencies of the tax system and represents an earnest effort to increase documentation, it added.

“Inflation; meanwhile, is expected to exceed its annual projection (8.5%) by the Planning Commission of Pakistan for FY20,” it said.

While demand pressures generally subsided, cost-related impact might be more pronounced in the first half of the fiscal year, taking the cue from oneoff adjustment in prices of utilities and other FY20 budget-related measures.

By the second half, further supported by the end of deficit monetisation by the government, price pressures may begin to recede, “setting the tone for considerably lower inflation in FY21”.

However, cross-border tensions represented an upside risk to this outlook, given their tendency to drive up food inflation. At the same time, the global slowdown might pose a downside risk to the outlook, especially if international oil prices fell more sharply than anticipated.

The external sector’s outlook is positive on the whole. The current account deficit after shrinking during FY19 is anticipated to subside further in FY20. “Exports are projected to pick up during the year, conditional on-demand situation among the country’s major trading partners and buoyancy in commodity markets. The FTA-II with China and preferential trade agreement with Indonesia may also give a boost to exports.

Moreover, workers’ remittances were expected to remain robust in FY20 on the back of measures taken and incentives given to overseas Pakistanis remitting under the Pakistan Remittance Initiative (PRI).

On an optimistic note, the private sector would be mindful. New opportunities were opening up. Imports of many consumer items and finished goods were shrinking due to a combination of regulatory duties and exchange rate depreciation. This generated an opportunity for domestic companies to step in and fill in this demand in the short- to medium-term.

The alignment of the exchange rate represented improved prospects for export-oriented enterprises. Beyond the provision of traditional goods and services, innovation must be the new watchword.

“Technology-driven domestic startups have already ushered in a positive disruption in industries ranging from banking (fintechs) to transportation (ride-hailing apps) and consumer goods and food (delivery apps), to name just a few. Such examples may inspire those investors who have been sitting on the fence for some time now to abandon the wait-and-see mode, and take positions sooner rather than later,” it said.