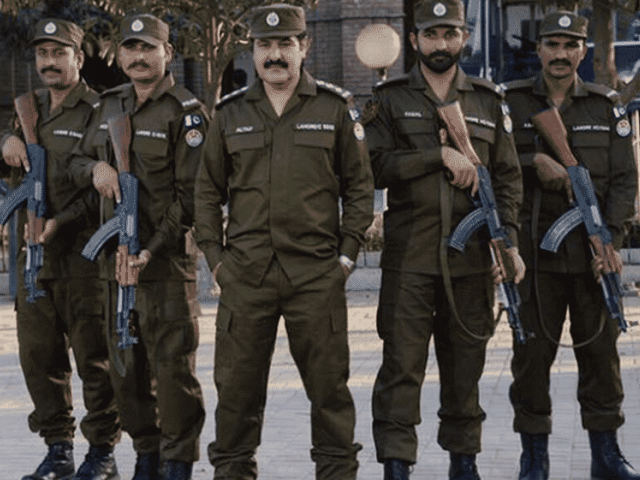 RAWALPINDI: The Rawalpindi police on Sunday claimed to have arrested a suspected gang leader along with several gang members on the first day of an operation against ‘terror’ gangs of the city. The suspects were involved in several heinous crimes.

During a daily progress meeting for the operation, Saddar SP told Rawalpindi City Police Officer (CPO) Faisal Rana that the ringleader of the infamous 222 Tiger Gang  Malik Nauman and his accomplices have been arrested. The officer said that Nauman was wanted in an anti-terror case registered with the Sihala police while both suspects were nominated in nine other cases as well. He further said that the suspects were involved in various heinous crimes including child rape and recording nude videos of children while they publicized their crimes on social media as well.

The CPO was told that the suspects also allegedly eve teased female students outside educational institutions.

Moreover, officers said they found recordings of drugs and arms smuggling in the devices carried by the suspects. CPO directed to arrest the remaining members of the gang along with their abettors and trace each of their criminal activities.

Further, Potohar SP said that the ringleader of 555 gang, who is charged with blackmailing families by recording compromising videos of their children was already behind bars. He added that other members of the gang involved in kidnapping for ransom have been sent to jail by an anti-terrorism court (ATC).

Rawal SP said that a senior member of the TSF Gang. Rashid, has been apprehended while further investigations are underway. The CPO asserted that all 165 suspects of eight terror gangs operating in Rawalpindi must be arrested at all costs.