This debate goes to the heart of the social divide in Pakist­an
By Dr Mazhar Mughal / Dr Rashid Javed
Published: October 28, 2019
Tweet Email 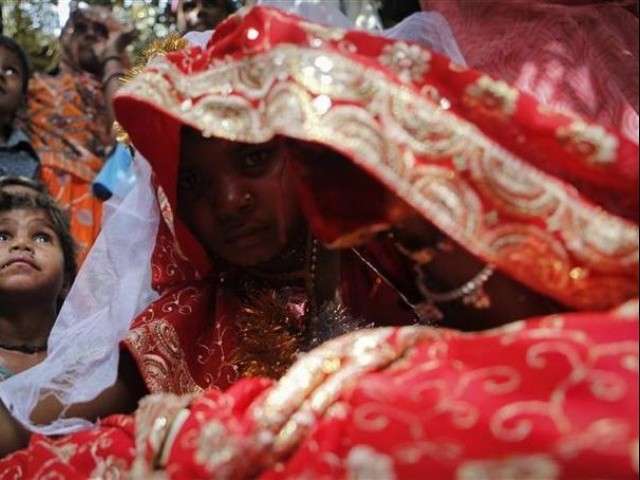 Marriage before the age of 18 has long been recognised as harmful for the growth and development of women. The expert body that monitors the Convention on the Elimination of All Forms of Discrimination against Women stipulates 18 years as the minimum age for marriage both for males and females. While most of the countries have outlawed under-age marriage, Pakistan is yet to pass a law making the practice illegal by raising the minimum age at marriage for girls from the current 16 years.

Earlier this year, the Senate passed the Child Marriage Restraint Amendment Bill (2019). The National Assembly has since been unable to pass the legislation that would make child marriage a criminal act punishable by imprisonment for up to three years, a fine of at least Rs100,000 or both. But opinion in the house remains sharply divided with the more traditional members strongly opposing the bill.

The debate goes to the heart of the social divide in the country and can be clearly seen in the differences in opinion within the country’s main centrist party, the ruling PTI. The opposition to the bill stems from the argument that Islamic laws do not explicitly define the minimum age of marriage for Muslim men and women, and doing it would be against the Shariah. Never mind the fact that the law applicable today, which was first passed in 1929 and vehemently advocated for by Quaid-e-Azam Muhammad Ali Jinnah, stipulates a minimum age at marriage for both men and women. Besides, laws banning child marriage already exist in several Muslim countries and are authorised by Muslim jurists and scholars.

Legislating the marriage age certainly has its merits, but lessons from the changing situation on the ground may help in providing a way forward. As late as the early 1990s, more than half of ever-married women in the country had got married before turning 18.

According to the Pakistan Demographic and Health Survey (PDHS), this proportion has dropped to under 40% within a generation. The majority of Pakistani young women today are getting married between the ages of 18 and 25 years. The shift has been led by changing social trends in urban areas, whereas child marriage still remains more common in rural areas particularly among poor households. The extremely poor, predominantly rural profile of these women living mostly in impoverished localities of the country should precisely be the target of the poverty alleviation projects being launched and expanded under the government’s Ehsas Programme.

One set of measures that could be undertaken under the programme relates to education of women. Hardly 13% of women who marry before the age of 18 have completed primary education whereas two out of three (67%) of every child bride received no schooling.

Promoting education among girls can help people come out of poverty while at the same time reducing the incidence of child marriage. The objective should be to provide girls equal right to education, equal right in education, and equal right through education.

This will not only require making schools available for girls at accessible distances but also ensuring safe transportation as well as provision of water and sanitation at schools.

A more direct intervention could be to offer the girls or their parents in impoverished areas monetary or in-kind gifts for completing secondary education. Giving incentives to complete secondary education not only helps girls attain more awareness and acquire skill useful in the job market but also contributes to lowering monetary pressure on parents worrying about their dowry and wedding expenses.

Another step could be to create opportunities for girls to acquire vocational and technical training. This would help provide girls better employment prospects and will have the beneficial consequence of reducing the probability of girls getting married before 18. The measure would also be in sync with the objectives of the ambitious Prime Minister Youth Programme that is currently being launched.