Duches­s opened up about how royal life and being a new mum has been a strugg­le
By Entertainment Desk
Published: October 26, 2019
Tweet Email 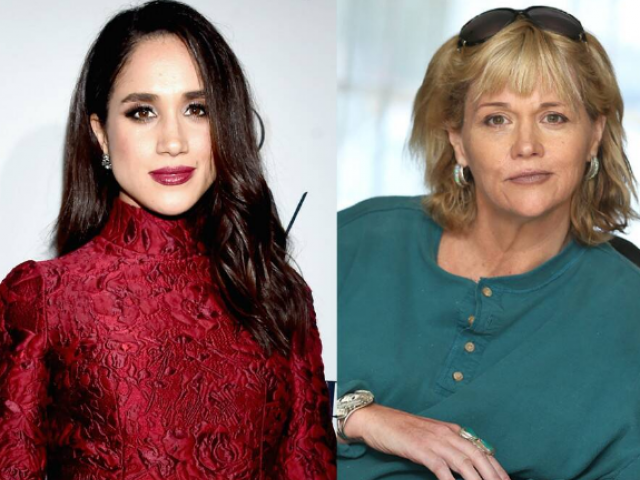 Meghan Markle’s sister has branded the duchess a “hypocrite”, claiming she didn’t ask how their dad was after he suffered two major heart attacks earlier this year. Samantha hit out at her estranged sibling after watching an ITV special documentary on the royals, reported The Sun.

The programme, Harry and Meghan: An African Journey, highlighted the couple’s struggles with “intense public scrutiny”. It featured an emotional interview where Meghan fought back tears as she said, “Not many people have asked if I’m okay”.

But Meghan received no sympathy from Samantha, who said she hasn’t asked after Thomas Markle underwent his health scares. The 54-year-old from Virginia told Inside Edition, “I thought, ‘Wow, did you ever ask dad if he was okay during two heart attacks’.”

Samantha also slammed Meghan for complaining about the negative press attention she’s faced since marrying Harry in May 2018. “She knew exactly what she was doing, so, hey you got what you wanted,” she stated. “I think it is really ludicrous that someone who is escorted around the world by millions of dollars worth of security on private jets as a millionaire could ever complain about anything.”

But Samantha was full of praises for baby Archie. She said, “He is adorable. He looks like Harry.” Samantha, who hasn’t spoken directly with her half sister in over a decade, has repeatedly criticised Meghan for cutting ties with their dad. When asked how she felt about those who criticise her for being unfair to Meghan, Samantha told the TV show, “Telling the truth is not being mean.”

In Harry and Meghan: An African Journey, Meghan opened up about how royal life and being a new mum has been a struggle. Presenter Tom Bradby followed the couple and five-month-old Archie, throughout their African tour which saw Harry undertake solo engagements.

I get written off as an actor every day: John Abraham