Three civili­ans embrac­ed martyr­dom and a four-year-old was injure­d due to Indian firing on villag­es on Oct 24, says FO
By Khalid Mahmood
Published: October 25, 2019
Tweet Email 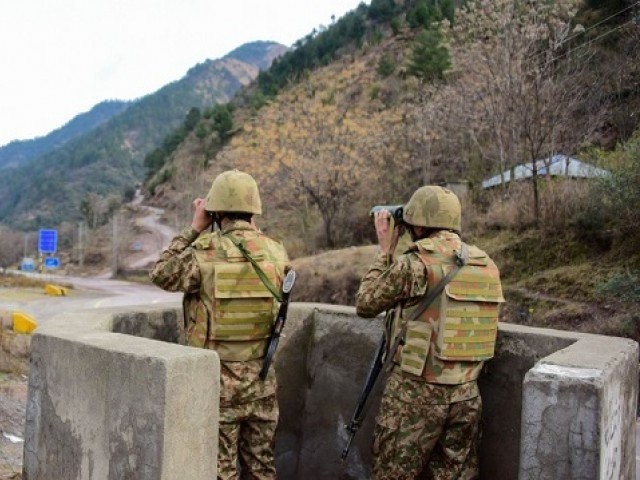 Three civilians embraced martyrdom, while a four-year-old was injured due to Indian firing on villages on October 24, says FO. PHOTO: FILE

Spokesperson Dr Mohammad Faisal summoned the Indian envoy and condemned the unprovoked ceasefire violations by the Indian forces along the Line of Control (LoC) in Shahkot and Khuiratta Sectors on October 24, said an FO statement.

Three civilians in Neelum district embraced martyrdom, while a four-year-old in Khuiratta district sustained serious injuries due to Indian firing on Pakistani villages.

The FO spokesperson termed the LoC ceasefire violations by India as a threat to regional peace and security that could lead to a strategic miscalculation.

Dr Faisal urged New Delhi and Indian forces to respect the 2003 ceasefire arrangement in letter and spirit, investigate the rising incidents of LoC firing and maintain peace on the borders.

Pakistan expelled India’s ambassador and suspended bilateral trade soon after and launched an international diplomacy campaign in an attempt to draw global condemnation of India’s treatment of Kashmiris.

Prime Minister Imran Khan made an impassioned address at the United Nations General Assembly in New York on September 27, saying there would be a bloodbath once India lifts a curfew and that any all-out conflict between the nations would reverberate far beyond their borders.

India claims its revocation of autonomy is an internal matter that will allow its portion of Kashmir to develop economically.