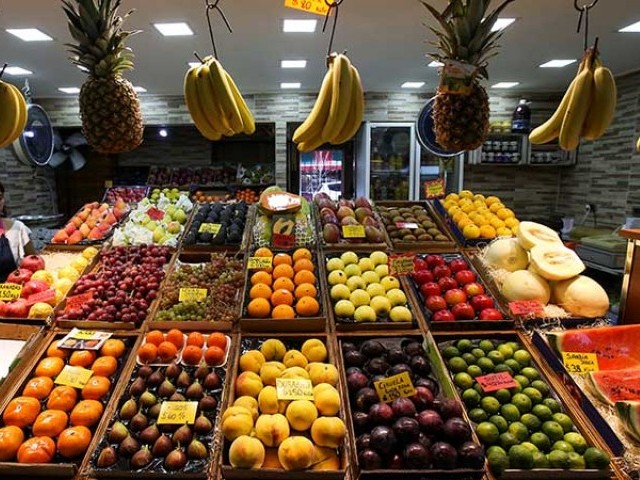 ISLAMABAD: The government is taking measures to eradicate smuggling, Adviser to Prime Minister on Commerce and Textile Abdul Razak Dawood told a Senate panel on Tuesday.

The adviser was addressing a meeting of the Senate Standing Committee on Commerce and Textile, which discussed cross-border smuggling of fruits, including apple, and other goods from Iran.

Speaking on the occasion, Senator Shibli Faraz and Kauda Babar raised the issue of illegal import of apples from Iran, demanding that trade should be brought under the legal channel. They also called for imposing duties to protect farmers of Balochistan.

Apart from that, the meeting also discussed the import of onions and tomatoes and urged the levy of taxes.

Dawood suggested holding a meeting with the Quetta Chamber of Commerce and Industry to resolve such issues and address the grievances of importers. The committee noted that restriction on the import of onions and tomatoes had not strengthened Pakistan’s farmers and did not help in reducing prices. Responding to the concerns, the commerce secretary assured meeting participants that whatever the committee directed would be done to address such issues. The committee recommended swift appointment of quarantine officers in Balochistan to curb smuggling and support legal imports.

Discussing the import of re-rollable scrap, mutilated scrap and petroleum products like white spirit and hydrocarbon, the committee was told that restriction on the import of three containers by an importer was due to the dispute over whether the cargo qualified as scrap or not.

Chief Collector Balochistan told the meeting that the case had been sent to court and would be decided by it. Additionally, a sub-committee, headed by Senator Ahmed Khan, was constituted to investigate the matter and assess the scale of smuggling.

The committee also discussed the problems faced by local manufacturers, spinners, weavers, traders and exporters in relation to the input tax, turnover tax, CNIC copy condition and additional 10% tax imposed on traders as well as the status of tax refunds under the new system.

A Federal Board of Revenue (FBR) member said the revenue authority held a meeting every Monday with all five sub-sectors of the textile industry to address their grievances on a regular basis.

He revealed that 561 refund claims of the five sectors were received till Monday morning and 287 were processed and cleared last week.

Senator Babar said the problem was arising mainly due to the absence of quarantine officers, who could streamline the import process by applying proper taxes.

Representatives of the Customs and food security departments told the committee that the quarantine act had been in place since 1976 but was not being implemented. However, since 2017 it had been made mandatory and a new draft would be brought to the cabinet soon to curb smuggling of apples and pave the way for legal imports and issuance of import permits, they added.

The FBR official assured committee members that it was willing to sit with all associations’ representatives and manufacturers/exporters to resolve their issues regarding visits of inspection teams to their outlets and not headquarters, time and assistance required for becoming part of the integrated scanning mechanism and revision in sales tax.

“This system will help the consumers check if the taxes they pay are transferred to the government or not,” he added.

The committee was told that only 41,000 people were filing sales tax returns while the number of commercial units was much higher and the steps taken for documentation of the economy would encourage more and more people to get registered. The committee decided to hold a detailed briefing on the subject, which could harm Pakistan’s case with the Financial Action Task Force (FATF), the domestic industry and revenue generation.