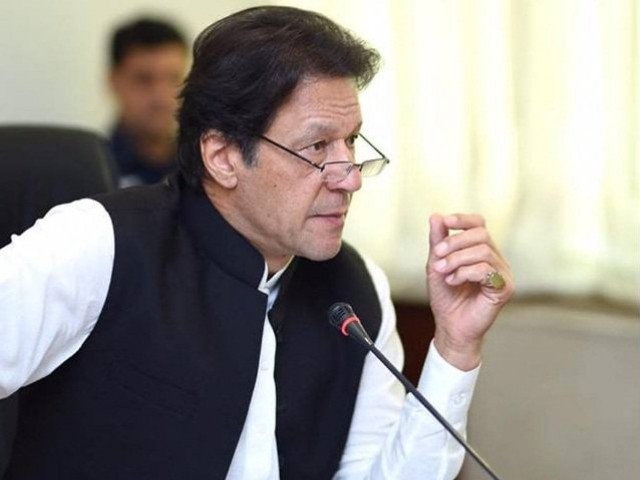 ISLAMABAD: Prime Minister Imran Khan has said that some forces do not want to see Pakistan develop and are trying to shatter the foundation of the country.

“The ones who cannot see Pakistan strengthen on the economic front are conspiring against the country,” said the prime minister while addressing the ruling Pakistan Tehreek-e-Insaf workers at the PM Office on Tuesday.

The meeting discussed the overall economic and political situation as well as the Azadi march.

The PM said, “The true face of India has been exposed in front of the whole world after it imposed a curfew in IOK. Indian is continuing its brutalities in Kashmir.”

Separately, in a meeting with PTI central leader Babar Awan at the PM Office, Imran said a peaceful and political protest was the constitutional right of all parties, but there would be no compromise on the Kashmir cause due to the opposition’s protest.

According to a statement issued by the PTI, PM Imran said, “Moving the country towards political and economic stability is the utmost priority. Our focus in on people’s welfare and economic development, which is why Kamyab Jawan and Ehsaas programmes have been initiated.”

He said it does not look like the opposition’s protest would be peaceful.