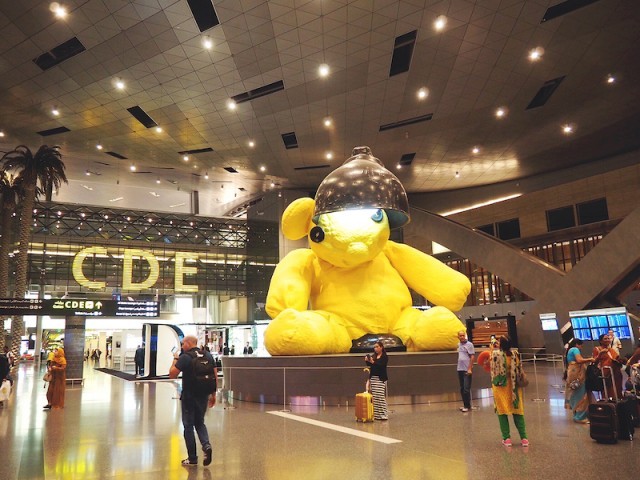 DOHA: Qatar announced on Tuesday a major expansion of its Hamad international airport, almost doubling the number of visitors it can receive as the Gulf state prepares to host the 2022 World Cup.

His Excellency Mr. Akbar Al Baker “our challenge is to meet the global growing demand for air travel, accommodate the growth of @QatarAirways and the influx of tourists and visitors for the 2022 FIFA World Cup QatarTM – and beyond”. #HIAQatarExpansion pic.twitter.com/KCq7fnyh3A

Work on the first phase of the expansion is scheduled to start next year and be completed two years later, expanding capacity from 35 million to 53 million passengers annually.

The second phase is due to be completed after 2022 and will enable the airport, inaugurated in 2014, to handle up to 60 million passengers per year.

The decision to revamp the only international airport in gas-rich Qatar comes despite a fall in the number of tourists visiting the emirate as a result of a two-year boycott mounted by neighbouring countries.

“The expansion… is a vital part of the future success of the Qatar Airways group, and of course of the country’s preparations to host the 2022 World Cup and beyond,” said the carrier’s CEO Akbar al-Baker.

Our ultimate aim at #HIAQatar is to become more than a gateway. We are a destination in our own!
Engr. Badr Al Meer, Chief Operating Officer at #HIAQatar #HIAQatarExpansion pic.twitter.com/dzsOKf2DMb

The cost of the expansion project was not revealed.

Qatar has been under a land, air and sea embargo since June 2017 by Saudi Arabia, the United Arab Emirates and Bahrain, as well as Egypt, over its alleged support of radical groups.

Doha has categorically denied the accusations.

London-based Capital Economics said last month that the number of visitors to Qatar had dropped by 20 per cent from pre-boycott levels “reflecting weak arrivals from the rest of the Gulf”.

In the first year of the blockade, flights to Doha dived 25 per cent and Qatar Airways flights sank 20 per cent, according to Capital Economics.

Qatar Airways reported last month that it posted $639 million in losses in the fiscal year ending in March, attributing the loss to closure of some major destinations.

To ward off the impact of the boycott, Qatar implemented an economic diversification plan and opened Hamad Port last year to boost trade and facilitate export-import services.

Also on Tuesday, Qatar opened a new temporary passenger terminal at Doha Port, as it works to increase the number of cruise ships making calls in the Gulf state.

Authorities said the terminal will serve until the completion of a port expansion plan due in 2022.

Projects related to the World Cup, estimated at dozens of billions of dollars, have not been affected by the boycott.