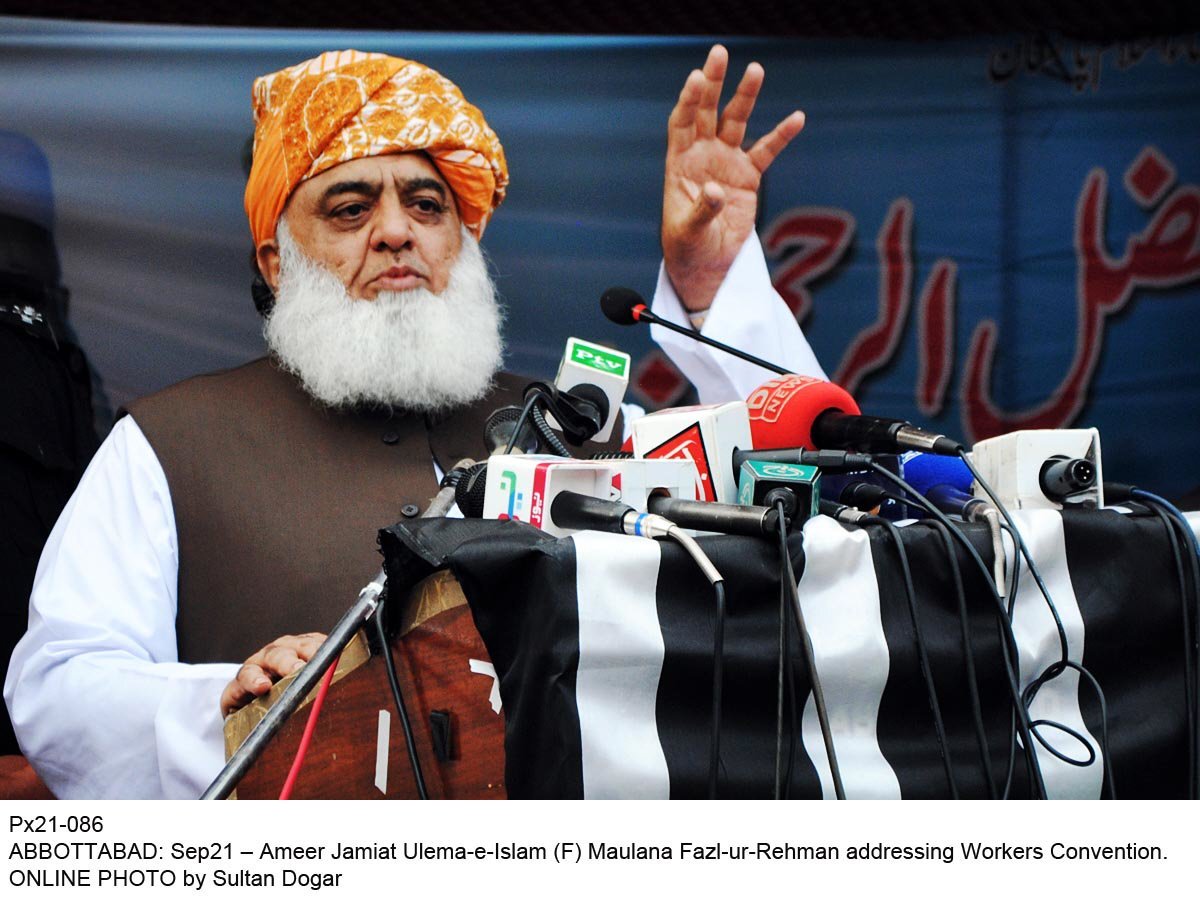 “We have decided to march on Islamabad,” said the JUI-F chief while addressing a news conference in Islamabad on Tuesday.

“Our basic demand is that the people who’ve got no right to rule should resign immediately,” Fazl added.

The JUI-F’s Shura meeting held the other day in Peshawar expressed satisfaction over the countrywide arrangements made for the Azadi march.

“The government does not have the power nor the resources to stop the flood of JUI-F workers and supporters,” said Maulana Rehman, who is also the younger brother of Fazl, while addressing a press conference after attending the Shura meeting.

“The participation by other opposition parties will strengthen our move to oust the federal and provincial governments,” said the JUI-F provincial chief.

He said all opposition parties would converge on Hassan Abdal from where the march towards Islamabad would begin.

He said if the government banned Ansarul Islam, they would challenge the move in courts and at all forums.

The meeting condemned the registration of FIRs against the JUI-F workers, religious scholars and teachers of madrassas.

In the meeting, the leaders were directed to invite people from all walks of life to participate in motorcycle rallies on October 27 to show solidarity with the people of occupied Kashmir who are facing inhumane treatment at the hands of Indian forces.

The plan of the previous government to stop the Pakistan Tehreek-e-Insaf march would be implemented again, they said, adding that motorways, GT Road, important interchanges and bridge would be sealed and active workers put under house arrest.

The crackdown has already initiated in Rawalpindi.

“One hundred and fifty locations on GT Road and motorways will be sealed,” they said, adding that Punjab’s entry point with Khyber-Pakhtunkhwa would also be sealed.

The motorway interchanges from Peshawar to Lahore would be completely closed, while containers would be placed to seal Attock bridge, Taxila, Burhan, Barhama Bahtar and Fateh Jang Interchanges.

Frontier Corps personnel would be stationed on mountains on GT Road and motorways.

The sources said the preparations for stopping the Azadi march had struck fear in the hearts of the citizens, adding that motorways and highways would be sealed using mud, sand, barbed wire and containers.

Punjab Constabulary and police force would also perform their duties.