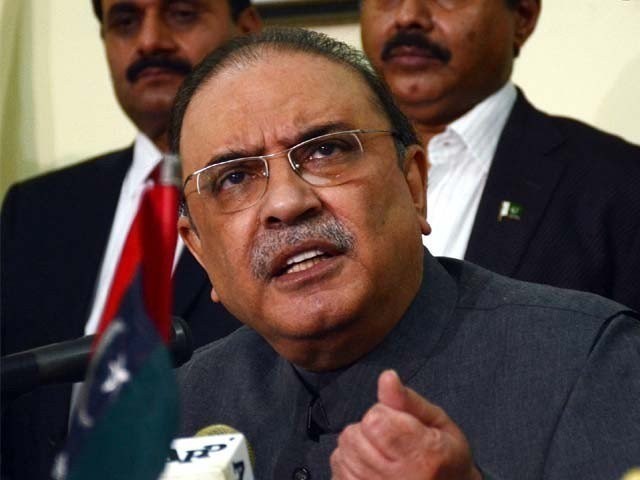 ISLAMABAD: Former president Asif Ali Zardari was shifted to the Pakistan Institute of Medical Sciences (PIMS) on Tuesday on the recommendation of a medical board constituted to examine the PPP co-chairman’s health.

The PPP leader – along with Sindh lawmaker Faryal Talpur – was presented before the accountability court over corruption and money laundering charges in the fake bank accounts case. The court extended the judicial remand of both the accused till November 12.

After the court appearance, the former president was shifted to PIMS for medical tests.

The medical facility was declared a sub-jail for the leader as per procedure.

Zardari given physiotherapy chair among other facilities sans AC

In September, Zardari was given additional facilities such as television, newspapers, books and ice boxes for keeping his medicines on court’s orders at his prison cell in Rawalpindi’s Adiala Jail.

The PPP co-chairman was also provided with medical staff to regularly monitor his health including blood pressure and sugar level.

He, however, was not given air conditioning facility as no such directions were issued by the medical board that examined him at PIMS.