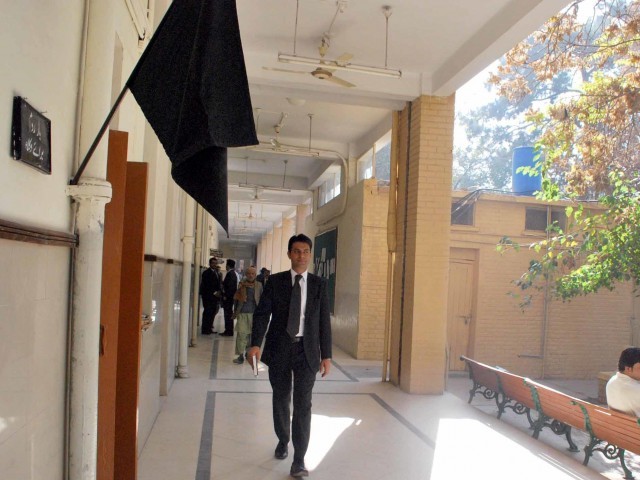 The Pakistan Bar Council (PBC) on Tuesday said the country’s legal fraternity will “not hesitate to launch a nationwide campaign of protest” if the government denies the attendees of the upcoming ‘Azadi March’ their constitutional right to protest.

JUI-F Chief Fazlur Rehman has announced a sit-in the federal capital to protest against alleged rigging in the general elections.

“If any constitutional step either to make any draconian law or forcefully deny people their legitimate constitutional right of protest, the legal fraternity will oppose the same tooth and nail and will not hesitate even to launch a nationwide campaign of protests against such actions of the government,” read the statement.

The vice-chairman also advised the government to refrain from making any amendments to laws, in order to defy people the right to protest alongside Maulana Fazlur Rehman.

Fazl earlier said the whole nation was united against the government. “I thank the political parties which have supported our long march. It’s a rare instance in our country’s history that there is such unity on a national level against a government,” he added.

“The government is becoming isolated and sinking deeper into a quagmire. If we march together, the results will be more effective.” The JUI-F chief also expressed his gratitude to Jamaat-e-Islami for supporting him.

Patients continue to suffer in K-P as deadlock persists between govt, GHA