Minist­er says the move will help both minist­ries share their expert­ise in field of scienc­e, techno­logy
By Waqas Ahmed
Published: October 21, 2019
Tweet Email 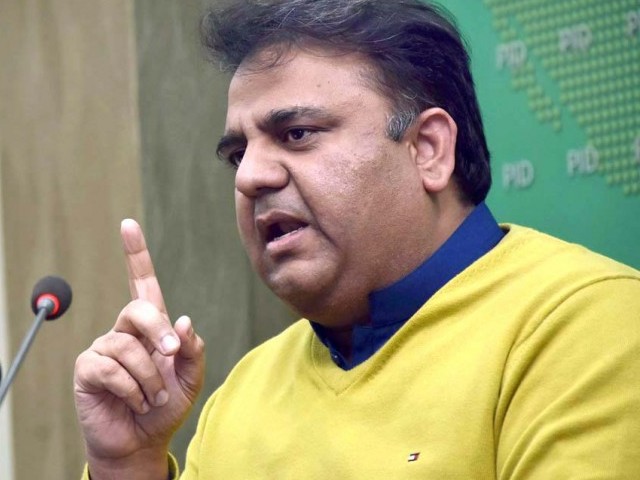 ISLAMABAD: Federal Minister for Science and Technology Fawad Chaudhry has said that China has agreed to set up a commission for the formation of a high-powered technology industry in Pakistan.

“The move will help ministries of both countries share latest innovations in the field of science and technology and strengthen them,” said the minister during a meeting with his Chinese counterpart and heads of Chinese companies in Beijing.
Fawad is in China on a six-day visit.

He said, “After completion of the first phase of the China-Pakistan Economic Corridor (CPEC) project, industries based on modern technology are vital for the second phase.”

He was of view that these industries would help boost Pakistan’s trade.

Fawad invited Chinese companies to take advantage of incentives offered by the government for investment and set up solar panels and lithium battery manufacturing units in Pakistan.

During a meeting with MERA PC Solutions CEO in Beijing, Fawad said, “Pakistan has huge potential in solar and lithium battery manufacturing and there are great opportunities for exports to Africa, the Middle East, Central Asia and Afghanistan.”

The minister said the government would provide all facilities including land, technical support and human resource besides the joint ventures opportunities to Chinese companies.

He said that the government was also keen to build agro mechanic complex to enhance agriculture products in the country. “We will have 45 per cent shares while the remaining shares will be owned by private companies.”

Fawad said the motorways’ network was near completion which would enhance connectivity in the country while ML-I railways would also be completed in the next five years.
About Gwadar, an important component of CPEC, he said, it was on the right path as work was being carried out at a fast pace on the new airport and other mega projects.

He said that the Chinese companies should diversify manufacturing in Pakistan as the government wanted to enhance production and exports. “We are switching over from services to production in the country.”

The CEO briefed the minister that his company had set up a number of projects, especially in the power sector, in Pakistan during the last 35 years, adding that his company was also involved in agriculture, solar and pre-fabricated houses.

He said his company would also ensure the transfer of technology to Pakistan and help increase local manufacturing and enhance exports.

The minister will meet separately with CEOs of solar panel and lithium battery manufacturing companies as well as heads of biogas plant installation companies during his stay in the Chinese capital.

Earlier, upon his arrival at Beijing Capital Airport in the morning, the minister and his delegation were warmly welcomed by the senior Chinese and Pakistani officials.

(With additional input from app)