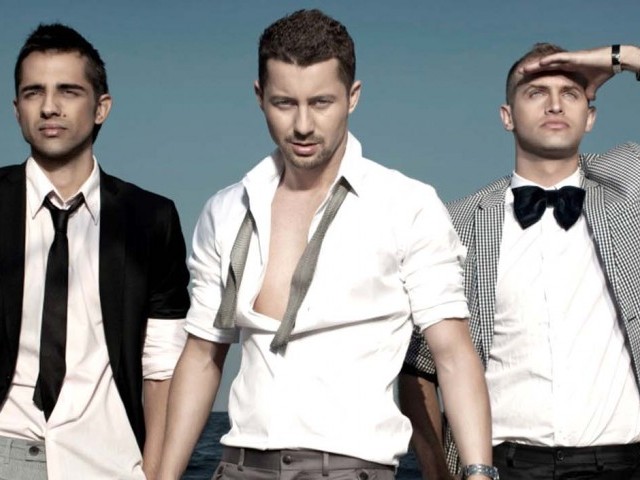 It has come to light that the pop Romanian band, Akcent, has once again decided to descend in Pakistan and brace the nation with a fairly exciting concert. The vocalist, Adrian Sina has updated his performance schedule on various social media handles since the announcement was made.

Director General of Inter-Services Public Relations MR. ASIF GHAFOOR is one of most powerful persons and ambassador of Peace for the World and Pakistan. It's an honor for me to have a meeting with him at his office. And Ofcourse the Music, Tea and Peace are the major catalysts for this meeting :) @asifghafoor.ag

The singer uploaded a picture of his tweet on Instagram announcing that his band will be playing in Lahore on Novemeber 24, 2019, at the Governer House VOK. The singer went on to thank the Prime Minister, Imran Khan, Governer Punjab, CM Punjab and the Women Development Task Force Punjab Ms Tanzila Imran Khan.

Prior to this, Akcent’s official page tagged the mentioned personalities in another post stating that “Akcent is coming to Lahore on November 24, and would love to have a fantastic cup of tea with you at the Governor House VOK.”

Coming to Lahore on 24 Nov and would love to have a fantastic cup of tea with you at Governor House VOK organized by J.H Entertainment thanks to P.M of Pakistan Mr. Imran Khan, Governor Punjab, CM Punjab, Women Development Task Force Punjab Ms. Tanzila Imran Khan@peaceforchange

Following this, the DG ISPR, Major General Asif Ghafoor responded to his tweet with an official invite to the widely demanded ‘cup of tea,’ saying “Thanks for tagging and most welcome. A fantastic cup of tea is scheduled in my office.”

Nevertheless, words cannot comprehend how popular our cup of tea has become following the event of Indian spy, Abhinandan Varthaman. Except however, this time the tea is expected to be served with all due respect.