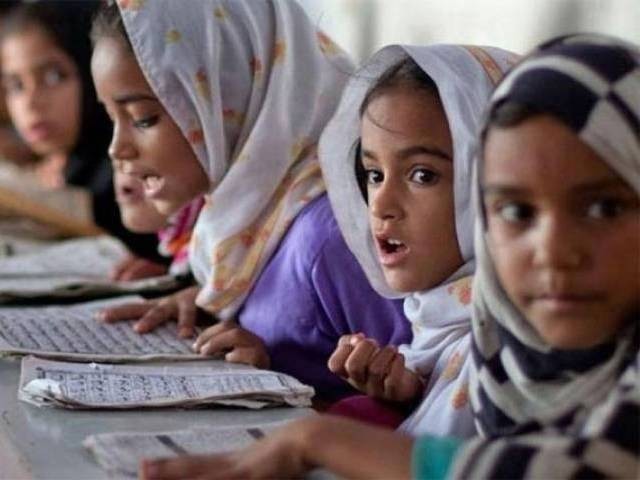 RAWALPINDI: Following directions from the apex court to take action against private schools who are overcharging parents, the Rawalpindi district education authority (DEA) has found that as many as 17 private schools in the city were charging more than the stipulated Rs4,000 tuition fees.

These schools, identified in a survey, have been summoned for a personal hearing on October 22.

Based on directions from the Supreme Court (SC) on schools charging more than the stipulated amount, the DEA had surveyed private schools in the city.

The authority, in an initial survey, obtained complete fees vouchers record of the related schools.

Scrutinizing these records, it discovered that as many as 17 private schools in the city were not complying with court orders and were charging parents more than the Rs4,000 school fees.

The DEA chief executive officer has thus summoned owners of these schools to his office on October 22 for personal hearings and to explain the exorbitant fee vouchers.

The DEA will also revise the fees charged by these schools as per the guidelines provided by the SC.

Meanwhile, the DEA chief has formed teams for conducting a separate survey of private schools in all seven tehsils of Rawalpindi district to check whether these schools were violating any other orders of either the authority or the top court.

Schools violating orders will face serious action, including sealing of the school.

Separately, the Punjab Educators Association (PEA) — a body that represents teachers — has called for ending rationalization and contract hiring of teachers across the province.

Expressing their views in the Express Forum on Sunday, the central, district and tehsil level office-bearers of the association including Abdul Razzaq Khan, Malik Amjad Mehmood, Akhyan Gul, Basharat Iqbal Raja, Rashid Abbasi, Asif Mehmood and others said that despite statements of reforming the education sector, the incumbent Pakistan Tehreek-e-Insaf (PTI) government was following the footsteps of the previous Pakistan Muslim League-Nawaz (PML-N) government.

“The government announced to do something else and did something entirely different, they stated, explaining that the government had turned them into a practice board under the guise of improving the quality of education.

They demanded that the government fulfill its promise of introducing a single syllabus, language and service structure for the education sector across the country.

Further, they demanded that teachers who have completed their Masters in Science (MSc) degrees should be promoted at the earliest.

Moreover, they demanded an end to the hiring of teachers on a contractual basis while all teachers currently working on the contract should be regularised.

The PEA office-bearers added that around 60 per cent of school heads were deployed on a temporary, ad hoc basis and that they should be replaced with permanent ones.

The government has decided to bar all teaching and non-teaching staff of public schools across the province from undertaking foreign trips.

A circular by the Schools Education Secretary Irum Bukhari has been sent to heads of educational institutions in all 36 districts of the province.

As a result, all such leave applications currently under process have also been immediately dismissed.

However, teaching and non-teaching staff will be granted an exemption if the foreign travel involves performing pilgrimage such as Umrah, Hajj, etc or if it is to seek treatment.

Bukhari further assured that all issues of the 400,000 school teachers about rationalization, promotions, regularization, allowances, etc in the province will be resolved soon.

She added that all the problems were collective and could not be resolved on an individual basis.

Leaders of different teacher unions including Akhyan Gul, Malik Amjad, Shafiq Bhalwalia, etc have hailed the announcement of secretary education and demanded of the government to resolve their issues at the earliest.

They added that they were ready to hold dialogue with secretary education at any time.

All set to roll: Lahore’s Orange Line on track for 2020 launch