Rahbar Committee to have final word on govt talks offer

Rahbar Committee to have final word on govt talks offer 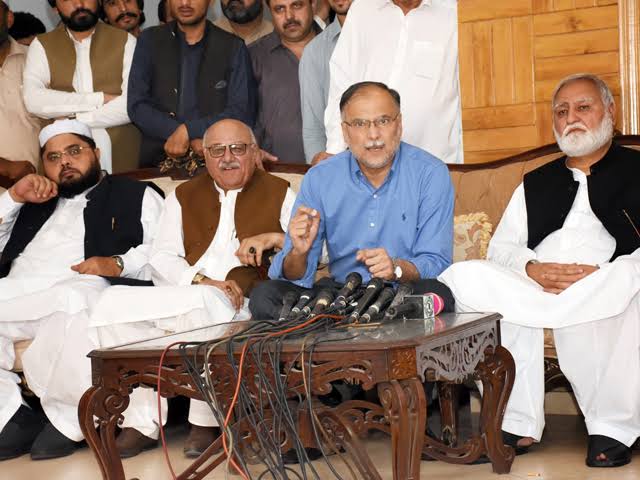 ISLAMABAD: Jamiat Ulema-e-Islam-Fazl (JUI-F) chief Maulana Fazlur Rehman on Sunday mandated the joint opposition’s Rahbar Committee to decide whether to negotiate with the government or not on his ‘Azadi march’ as his party rolled back its plan to hold directs talks.

Fazl said the decision to engage in a dialogue with the government would be taken in consultation with other opposition parties.

JUI-F leader Akram Durrani, the head of the Rahbar Committee, has called a meeting of the body on Monday (today) to make the decision. The committee will meet at 8pm at Durrani’s residence.

According to sources, JUI-F General Secretary Maulana Abdul Ghafoor Haideri cancelled his meeting with the government’s negotiating committee on Sunday. He spoke with Senate Chairman Sadiq Sanjrani, a member of the government’s team, on the phone and informed him about the party chief’s decision.

“The Rahbar Committee will decide whether to negotiate with the government or not. If it decides to opt for holding a dialogue, then it will also set the rules for engagement,” he added.

The interior ministry has chalked out a strategy to deal with the marchers if the opposition parties refuse to negotiate with the government team or the talks fail.

The Lahore and Peshawar motorways and GT Road will be closed from October 31. The Federal government, the local administration and other the law enforcement agencies have prepared lists of the activists of the JUI-F and other political parties. The marchers will not be allowed to enter Islamabad and as a preemptive measure, the law enforcement agencies will arrest office-bearers and activists of the JUI-F, PML-N and the PPP activists in their districts before the march. The SHOs in Islamabad and Rawalpindi have been directed to ensure that the marchers who manage to enter the cities were unable to avail catering and lodging services.

The JUI-F plans to march on Islamabad on October 31 with the backing of the Pakistan Muslim League-Nawaz (PML-N), Pakistan Peoples Party (PPP) and other opposition parties, demanding the resignation of the prime minister and fresh elections.

On Saturday, Khattak warned that the state would enforce its writ allowing the “law to take its course” if the JUI-F went ahead with the rally.

He maintained that there could be chaos in the country if the opposition remained stubborn and refused to opt for dialogue.

“The opposition will be responsible for that,” he said, adding that the government would then be forced to enforce its writ. “It’s not just the PTI that will come into action to stop the protest but the entire state machinery.”

With additional from Haider Naseem