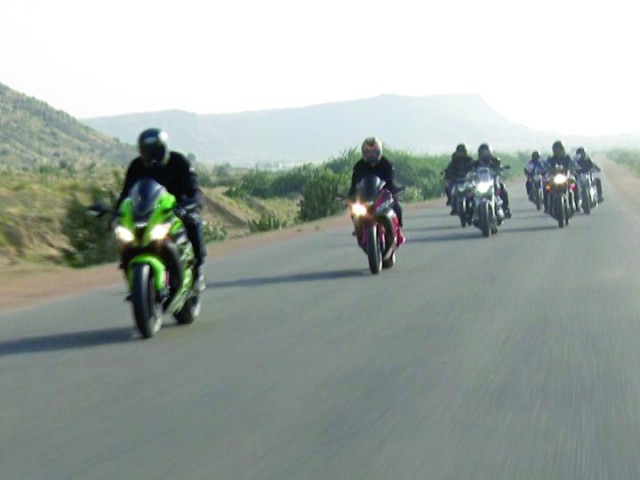 The motorcyclists rode to raise awareness about the benefits of a green Karachi. PHOTO: eXPRESS

KARACHI: The Riders Brotherhood organised a heavy bike rally on Sunday to express solidarity with the people of Kashmir. The rally, organised in collaboration with the Pakistan Officers Defence Housing Authority and DHA city, aimed to raise awareness on the issues of Kashmir and climate change.

The bikers wished to highlight the benefits of a green Karachi, to encourage youngsters to turn towards motorcycling and other sporting activities instead of engaging in delinquencies, and appeal to the United Nations to intervene in the Kashmir issue.

The rally began with the recitation of the Holy Quran and prayers for the martyrs of the Pakistan Army. During the rally, the motorcyclists performed stunts for their audience and kept them entertained. The event ended with a tree plantation ceremony in DHA.