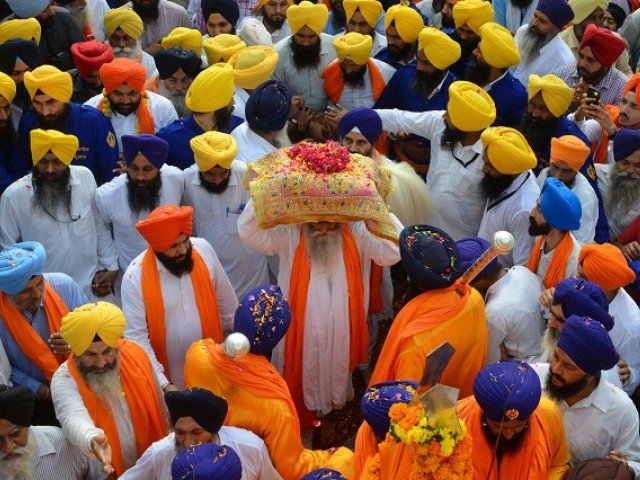 The Sikh pilgrims are scheduled to arrive in Pakistan on October 31.

In November, Pakistan will open the Kartarpur Corridor for Sikh pilgrims to send a message of peace to the world.

Sikh pilgrims coming from Canada, Europe, United States and especially India have expressed security concerns in the wake of JUI-F’s announcement of a march.

Sikhs have asked Fazl to postpone his movement so that they could peacefully perform their religious rites. They said any political chaos would affect the law and order situation in the country.

Sikh leaders Sardar Satwant Singh, MPA Sardar Mohinder Paul Singh, Sardar Gopal Singh Chawla, Sardar Bishen Singh, Sardar Ameer Singh and others noted that protest is a fundamental right of everyone but in view of the internal situation and their religious rituals, Fazl should postpone his protest.

They said if the Sikhs from abroad refuse to come to Pakistan due to the political chaos, it will be Pakistan’s and not the government’s loss and would dent the peace efforts badly.

Fazl has announced his march on October 31, a date when Sikh pilgrims will also enter Pakistan.